BE PRESENT | The Prince by Niccolo Machiavelli 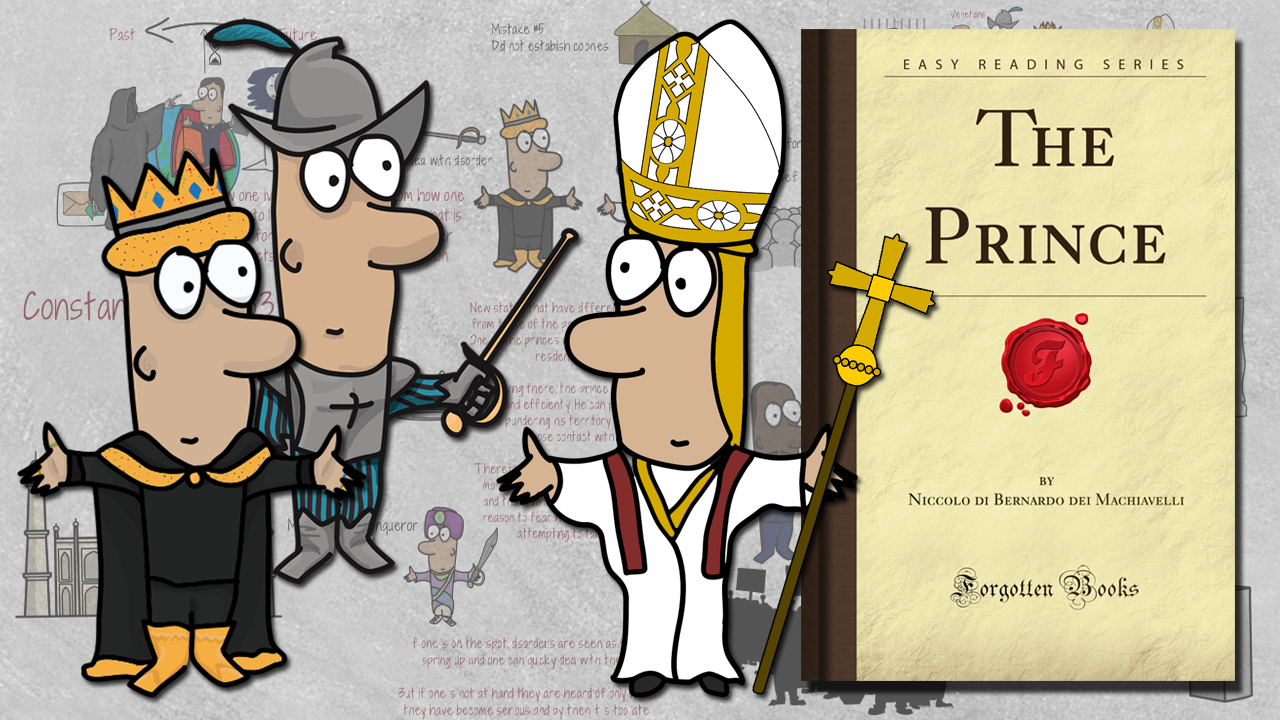 In 1453, Mehmed the Conqueror was nearing the end of his conquest to bring an end to the Eastern Roman Empire. After a 57 day siege, Constantinople fell to the Ottoman sultan, signalling the end of the kingdom. As soon as the triumph was complete, Mehmed settled there and moved the Ottoman capital from Adrianople to the newly conquered city.

Constantinople was now under the rule of a new empire with a different language, different religion and different form of government, but Mehmed’s action of settling there made his position more durable and secure. In fact in Machiavelli’s eyes, not staying in the city would have resulted in not being able to keep the city at all.

In The Prince, Machiavelli declares:

New states that have different languages and customs from those of the prince are more difficult to maintain. One of the prince’s most effective options is to take up residence in the new state. By living there, the prince can address problems quickly and efficiently. He can prevent the local officials from plundering his territory. The subjects will be in close contact with the prince. Therefore, those who are inclined to be good will have more reason to show their allegiance to the prince and those who are inclined to be bad will have more reason to fear him. Invaders will think twice before attempting to take over the state.

A situation where a business or territory is acquired containing differing laws, languages or customs, will bring with it many difficulties. What is needed to keep hold of them is considerable energy and a substantial amount of good fortune. However, being present in the new area is one of the greatest helps to achieve this aim. It allows a ruler to regulate, repress and control whatever they feel is necessary.

Machiavelli gives some clear advice that is still beneficial today, especially for either a politician who may have to deal with state departments, committees and think tanks all pushing in different directions with varying agendas, or a person in business who has to deal with various divisions which have different strategic goals or takeovers in a company which have existing allegiances.

In these situations you need to make your presence known. Not just once or twice, but constantly. Get hands-on, so you can deal immediately with any challenges as and when they occur. Do not risk them increasing in severity by putting them off until later.

If one is on the spot, disorders are seen as they spring up and one can quickly deal with them. But if one is not at hand they are heard of only when they have become serious and by then it is too late.

In today’s world, being physically present is not always possible. If you have national or international responsibilities, you can’t be in more than one place at once. Being present today means being engaged and informed. To lead, you must make yourself available and be prepared to show the way for others. Many high-flying CEOs are up early sending emails and working late into the night; answering questions and offering their observations. Failure to be engaged according to Machiavelli, spells doom.

It is easy to get excited about the possibilities of the future but the main priority should be to manage the here and now. If today is not managed well, the visions and dreams of tomorrow will never become reality. Machiavelli urges you to live for today - for the present - rather than for tomorrow:

How one lives is so far distant from how one ought to live, that he who neglects what is done for what ought to be done, sooner effects his ruin than his preservation.

Louis XII of France made several mistakes according to Machiavelli, when attempting to occupy Milan and other Italian land. Not being present in territory with largely different customs and language was just one of them.

King Louis entered into Italy at the request of the Venetians, who were campaigning against Lombardy and wanted an ally. By conquering Lombardy, Louis gained the friendship of many surrounding small states.

However, instead of allying with them Louis decided to partner with Pope Alexander VI, who was far more powerful. He decided to crush the small powers rather than large ones, which led him to be alienated and weakened his position.

As a politician and leader, the Pope had vastly expanded the power and territory of his Catholic church and Louis XII had helped him do that. Machiavelli points out that by making others more powerful, you weaken your own position.

Whoever is responsible for another's becoming powerful ruins himself.

By bringing in a foreign power instead of guarding against them, Louis XII made another mistake. Many residents of Milan that were not happy with King Louis were drawn to the Pope, simply as a result of the hatred they felt against their current ruler. As he did not live in Italy, he could not quickly deal with these issues and as he did not establish any colonies there, wasn’t able to increase his influence in the area.

Eventually, he ended up losing all his Italian territories.