ACQUIRE WHEN YOU CAN | The Prince by Niccolo Machiavelli 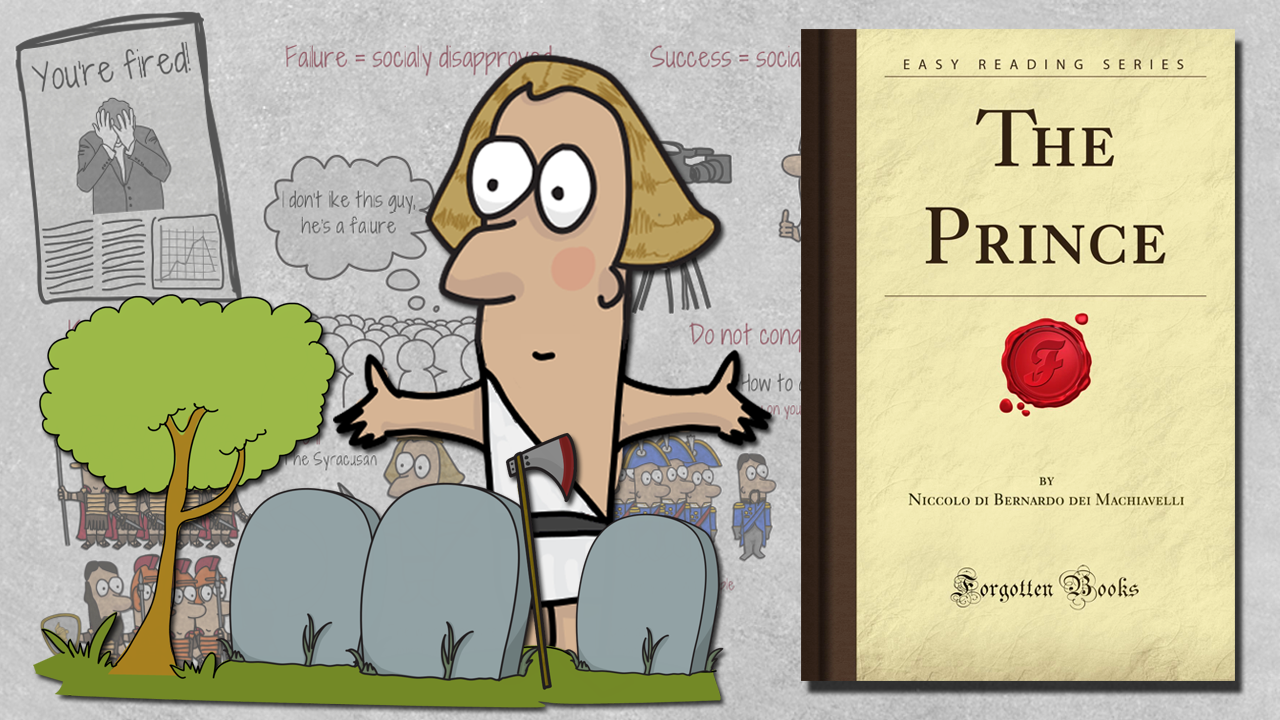 Louis XII invaded Italy in an attempt to get a foothold in the country. Italy at the time was not a united land and was made up of several city states. Louis first conquered Milan, before continuing forward into Florence and Rome.

Wishing to then conquer Naples, Louis allied and received help from the Spanish and divided the kingdom of Naples with the King of Spain. However, the agreement did not take long to fall apart. The next few years saw the Spanish fight against the French and successfully take Naples from the French King.

The King of France complains that I have twice deceived him. He lies, the fool; I have deceived him ten times and more.

Machiavelli believed it is natural for us to acquire power and the riches and admiration that come with it. No criticism should be aimed at leaders for that. But when you attempt to acquire something and fail to do so, criticism and blame is fully deserved.

In today’s world, the press and media dedicate far more time to failures than any kind of moderate success. This is because it is more interesting to the general public, leading to more articles read and more viewers engaged, which ultimately results in more money for the media organisations. It is therefore very important to know your own limits: pursuing higher targets and failing, could result in disapproval.

The wish to acquire is in truth very natural and common and men always do so when they can and for this they will be praised not blamed. But when they cannot do so yet wish to do so by any means then there is folly and blame.

Since most would-be princes cannot rely on inheriting their power and position, they must acquire it. Machiavelli answers the question of “how to acquire” by explaining a prince must not depend on others and instead rely on his own arms. This means that his forces should consist of his own subjects or citizens, not mercenaries or soldiers borrowed from a more powerful state.

Using armies from other states puts a prince in a no-win situation as even if a battle is won, victory is owed to the power of a different state and the troops first loyalty is to another leader, which presents a dangerous threat.

Hiero the Syracusan was a man who followed Machiavelli’s proverb to use “one’s own arms”. His rise to power was not down to fortune but because of his own exceptional leadership qualities. Having begun life as an ordinary citizen, he was made head of the army by the Syracusans who were persecuted at the time and was later rewarded by being made a prince.

Hiero was a tyrant and not afraid to use cruelty. He replaced his old army with his own soldiers. He realised that mercenaries were of no use and as he could not keep them, or risk letting them go, he had them all killed. By relying on himself and his own troops, once he had acquired his kingdom, he had no trouble in keeping it.