Zero to One by Peter Thiel 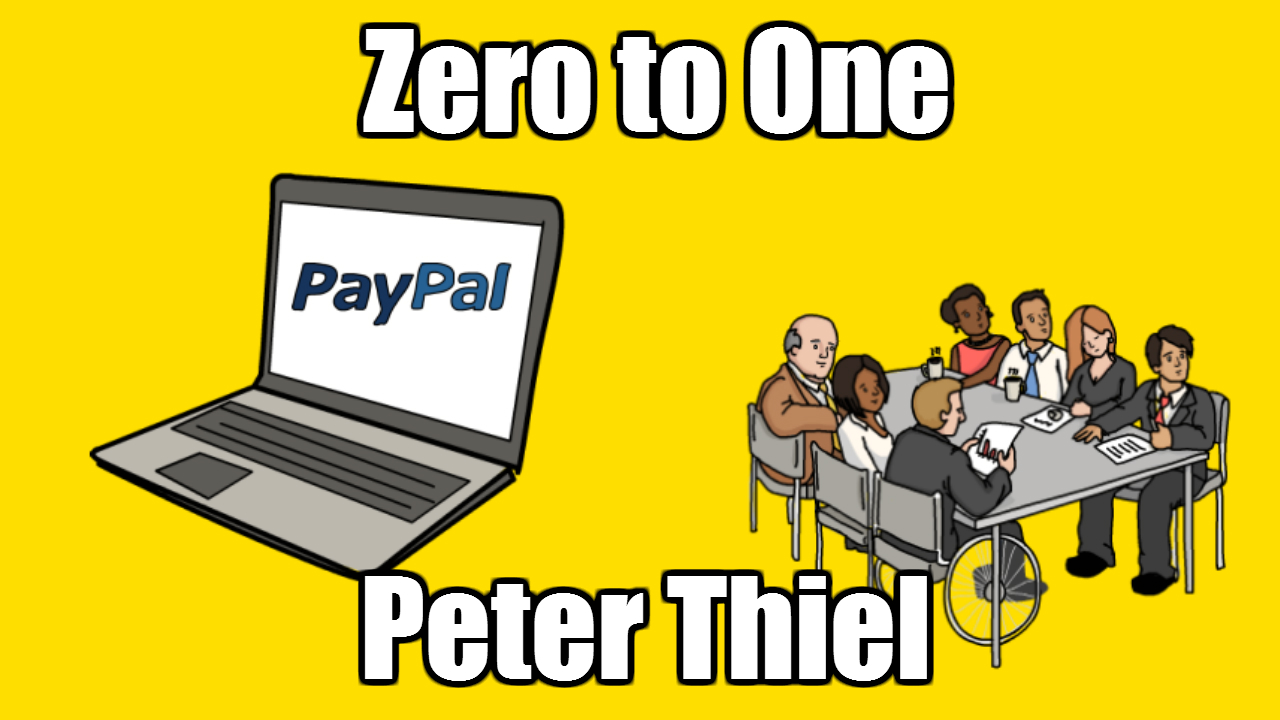 This book show us how one builds companies that create something new. It came about when Peter Thiel was teaching a course in Stanford in 2012. One of his students, Blake Masters, took notes and these were then adapted into this book.

This 0 to 1 vertical progress is difficult to predict as it involves someone doing something never done before. Thiel identifies this form of progress as technology, whereas the horizontal progress of taking something that works, copying it and making it work everywhere is simply globalisation.

The lessons learned for entrepreneurs from the dot-com bubble in the late 1990s and subsequent crash include making incremental advances, staying flexible and lean, improve on the competition and focus on your product rather than sales. However, Thiel argues opposing principles are more likely to be correct such as risking boldness, having a bad plan is better than no plan, competitive markets reduce profits and sales are as important as the product. He says you should not necessarily oppose the crowd, but think for yourself.

In perfect competition where supply meets demand from the consumer, no business would make an economic profit in the long term as if there was profit to be made, new companies would enter the market, increase supply and drive prices down. This can happen because no company has any market power to implement barriers to entry.

The opposite situation is a monopoly, where the monopoly can set its own prices and make more profit. Google is an example of a business that went from 0 to 1 and is now a monopoly, at least in search with 68% of the market. Without having to worry about competition, a company can think about other things such as caring for its workers and products, research, its long term future and its impact on the world.

Sometimes competition and rivals are inevitable and if you can’t beat your rival you may do better to merge with them. That’s what Thiel did when his company PayPal joined Elon Musk’s X.com in a 50-50 split. This allowed them to survive the dot-com bust and build a successful company.

Successful technology businesses often lose money initially but over time something valuable is built. Thiel explains that the current value of a business is the total amount of money it will make in the future, hence the seemingly astronomical valuations of some tech start-ups.

So what is an example of a characteristic of a monopoly? Creating something that is at least ten times better than the closest alternative will provide a monopolistic advantage. Jeff Bezos took this literally with his company, Amazon, by offering ten times the number of books than any other book store.

When trying to build a monopoly with a start-up, you should always start with a very small market as the aim is to dominate a large share of the market. PayPal achieved this by initially targeting serving the few thousand eBay “PowerSellers”.

You can then scale up. Amazon did this by only selling books when they started and then later expanding into similar markets such as CDs and games.

Every current well-known idea was once not known. It was at one point, a secret. A valuable company that has not been built yet is also therefore a secret and if there are many secrets left in the world then there may be many successful companies that haven’t been built yet.

Many people don’t believe there are many, or any secrets left in the world. Most of this planet’s land mass has been “discovered” and many people believe that if there was something secret to be found, someone cleverer or more creative would have found it already. As a result, they don’t even bother trying to look.

Believing in secrets allows you to achieve something hard that many people would believe is impossible. There are many more secrets left to find, but only by people who constantly look for them. Diseases are still to be cured, speed of travel can be increased and in business start-ups can use spare capacity that is ignored. Airbnb and Uber are recent examples of this, connecting suppliers to demand and finding the secret hidden in plain sight.

So what should a company get right at the beginning to ensure it’s not flawed from the start? The most crucial decision is picking the right co-founder, although making sure everyone in the company gets along is essential too. Founders should know each other well prior to starting the company, otherwise it’s like marrying the first person you meet – it may work, but it’s unlikely.

As a rule everyone should work fulltime in the company with the odd exception such as an accountant. Also working remotely should be avoided. This keeps everyone together and on the same page, preventing misalignment.

Thiel has spotted that the less a CEO is paid, the better the company does when it’s a start-up. The lower pay will incentivise the focus of building up the value of the company in total. The low pay also sets a standard for other employees, where the CEO’s obvious commitment to the company is more likely to be emulated.

The importance of distribution, i.e. everything to do with selling a product is underestimated according to Thiel. Customers will not just appear because you've built something, selling it is something you need to do too. Advertising works and therefore matters. We may resist obvious sales pitches and believe advertising doesn't work on us, but that is false confidence. Advertising can embed subtle impressions on our mind that can drive sales later. Bad salesman we react negatively to, sales experts we may not even know because their work is hidden in plain sight. When hidden, sales work best. Even job titles hide what people do:

The main reason people underestimate the importance of sales is because it is hidden.

Without a good answer to all of them, the business may fail. It may succeed with five or six answers, but correctly answering all seven will lead to success.

Buy the book Zero to One - Notes on Start-Ups, or How to Build the Future, which helps me provide more great content for free.