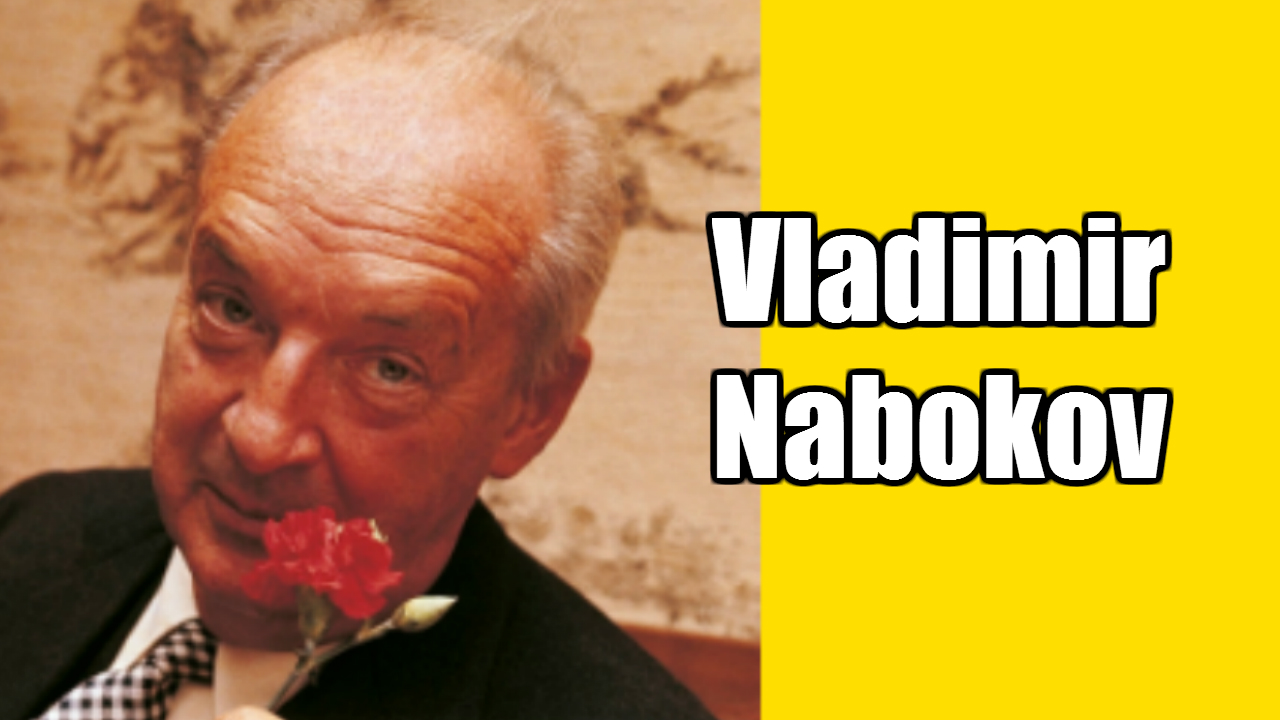 Before I begin with my book summary, I’d like to start with a disclaimer. Rather than just watching this summary, I would highly recommend reading the book discussed to fully benefit from it. Unlike most of the other books I’ve reviewed, the greatness of this book comes from ‘how’ it’s written, not just ‘what’ it is written about. Some of the attention to language and detail is remarkable. Rather than a traditional autobiography, each chapter is a short story about a period of Nabokov’s early life, beautifully written and collectively described as a masterpiece by the literary world.

Born in April 1899 in St Petersburg, Russia, one of Vladimir Nabokov’s first memories was the war between Russia and Japan. He had a pleasant childhood growing up in an aristocratic family. As a youngster he was exposed to dozens of opera performances, horse drawn sleigh rides and playing lawn tennis.

He and his younger brother had a series of Russian-speaking tutors for around a decade whilst children. Despite being from a Russian family, he learnt to read English before he could read Russian. He was taught to draw by several teachers, some of whom were celebrated artists.

In 1907 he suffered from pneumonia. Either side of this severe illness he was a keen lepidopterist, or butterfly and moth enthusiast as it is otherwise known. Many of his butterfly captures are now on display in prestigious locations. For example, every specimen he captured in the USA in later life between 1940 and 1960 is on display at the American Natural History Museum and other similar venues. Several of his finds have even been named after him (Nabokov’s pug) but whilst his hobby has given him great joy in life, it also caused him to be part of some unpleasant situations. In March 1918 near the Black Sea, a Bolshevik tried to arrest him as he claimed Vladimir was using his catching net to signal to a nearby British warship.

He travelled a lot in his life — from Prague to Paris, as well as 46 of the states in his adopted country of the United States of America.

His father, also called Vladimir, despite enjoying his great wealth, became a liberal, thus helping to bring on a revolution that would, in the long run, leave him a pauper.

His father studied law at St Petersburg University and later lectured on criminal law. He was fluent in Russian, English, German and French. He married and had six children with his wife.

Prior to becoming a politician he was a soldier. He moved into politics but after the Tsar dissolved the First Russian Parliament in 1906 that he was elected into, he resisted and rebelled which led to him serving a three month prison term for attending an illegal session.

In 1919 he went into voluntary exile first in London and then in Berlin, where he founded and edited a liberal newspaper.

In 1922 at a public lecture in Berlin, he shielded the lecturer, who was an old friend of his, from two bullets. The assassins were Russian fascists and despite knocking one down he was fatally shot by the other.

In the summer of 1914, Vladimir (the author as opposed to his father) wrote his first poem after watching a storm hit and then quickly pass. He soon realised that in order to become a successful poet, one must have the capacity of thinking about several things at a time. He was convinced after writing it that what he saw in front of him would be seen by others. His first recital of the poem was greeted with tears of joy from his mother.

Around this time he was involved in a romantic relationship with a young lady and he published some of the poetry that he wrote for her. The book received mainly negative reviews and removed any interest he had at the time of literary fame.

When Lenin took over in Russia, Vladimir’s father moved his whole family to the Crimea, a region which was still free (for a few weeks longer at least). His father stayed in St Petersburg and whilst saying goodbye to his son casually added he may never see them again.

Apart from taking a few jewels with them on their journey, the family were ruined. They were also insecure. At the time, even harmless people had weights attached to their feet and were then shot off a bridge by the Bolsheviks. When the Bolsheviks were approaching where the family were staying, they jumped on a ship heading for Constantinople and Piraeus in Greece.

After a couple of spring months in the year 1919 in Greece, Vladimir travelled on to England — first to London and then to study at Trinity College in Cambridge University, where he obtained an honours degree.

After graduating in 1922 in England, he went on to live in Germany and France, spending a total of over two decades in all three countries (1919–1940).

Whilst at university, Vladimir discussed politics with friends and concentrated on literature again, translating several poems written by other poets from English into Russian. He began writing novels and by 1928, at this point living in Berlin, they started making him some money. He supplemented his income by teaching English and Tennis.

During his twenty years of exile he also composed chess problems. He devoted a considerable amount of time to this task, some problems taking him months to compose.

In May 1940 after a bribe to gain an exit visa, Vladimir emigrated to America with his wife and child.

The autobiography finishes there but his achievements didn’t. His most famous novel, Lolita, was written once he was in America and was adapted to film by Stanley Kubrick in 1962. In 2011 Time Magazine listed his autobiography among the 100 all-time non-fiction books.