Chapter 8 - Frederick Ruckstull - How They Succeeded by Orison Swett Marden 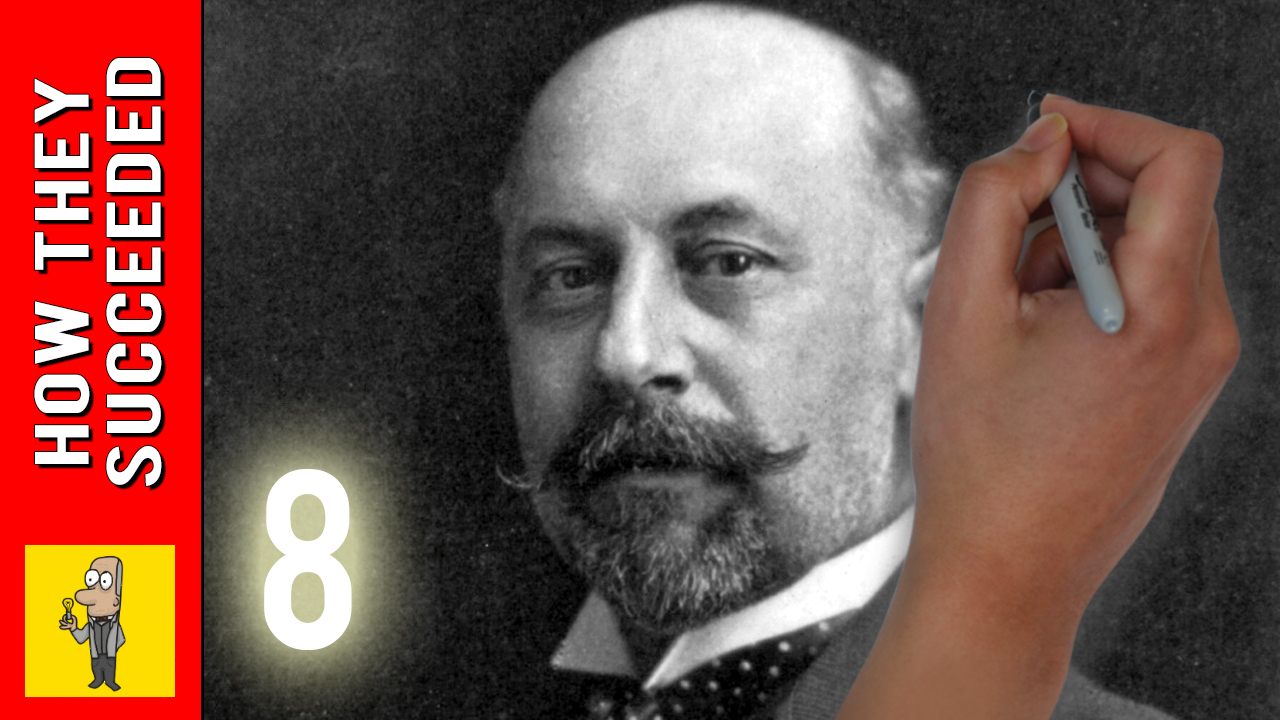 Frederick Wellington Ruckstuhl was one of America’s leading sculptors, but it was not until he was 32 years old that he started that particular profession. Born in France, he and his family moved to St. Louis when he was a young boy. Between the ages of 14 and 19 he worked in a photography shop. He spent the rest of his time reading relentlessly and writing poems. He then began studying philosophy, which he continued for a decade. During this time, he also wrote for a newspaper but still did not know his calling. Into his twenties he drifted from job to job and moved from Colorado to Arizona to California before returning to St. Louis.

Still not knowing what to do, he turned to art. He saw a clay sketch and thought he could do just as good a job and copied it. His second sketch got him into the St. Louis Sketch Club. He told his friends he would become a sculptor and was laughed at and ridiculed by them. This was the first of many obstacles Ruckstuhl had to overcome to achieve his aim.

He got a job in a store but still found time to occasionally work on his sculptures. He won a competition to create a sculpture of a famous general but when the awarding committee found out that he was only a store clerk, they argued he wasn’t able to do the job. His mother and father kept moving him from room to room to stop him working on his sculptures. He wasn’t even able to work in the attic.

At work, Ruckstuhl had advanced to Assistant manager earning $2,000 a year when he told his boss that he wanted to become a sculptor. His boss offered him $5,000 and the manager role to stay but he had found his life calling. He was fully aware he would have to battle through poverty until he achieved fame for his work but had confidence in himself.

He went to Europe for five months, travelling and visiting various pieces of art to see what he could do and what he couldn’t. Returning to America penniless but with an improved knowledge of art, he decided that a further three years of studying in France would be adequate to develop as a sculptor. He secured sales of seven busts for $200 each. The confidence people saw in him, increased his own confidence and he returned to Paris as a student. During this time, he spent nine months creating a piece of art called “Evening” – a nude female figure. This was his first significant success which resulted in his name mentioned in the Paris newspapers.

Taking his “Evening” to St. Louis resulted in his father congratulating him and he went up in his family’s estimation. Returning to Paris, it was displayed in the Salon, the greatest art event in the western world at the time. It then went to Chicago for the World’s Fair, where it had the place of honour. This success paved the way for further success. In 1892, he began work on a new piece called “Wisdom”, which still sits at the entrance to the Courthouse in Manhattan, New York City.

Despite this success, Frederick Ruckstuhl said he was continually discouraged. Some days he would finish his work and be satisfied with what he’s done. Then the next morning he’ll look at his previous days’ work and consider it vile. He is his worst critic and may redo the work he considers inadequate until he is satisfied. This process continues until the task is accomplished.

For Frederick Ruckstuhl, art was in him since he was a child but he was discouraged to travel down that path even when it tried to summon him. Eventually it claimed him, despite many stumbling blocks on the road to success in that field. On being a sculptor he said “You strive to create the imagination of your mind, and it comes to you as if sent from another world” and that is his secret to success. Put more simply: “You strive”.