Trump: The Art of the Deal by Donald Trump and Tony Schwartz 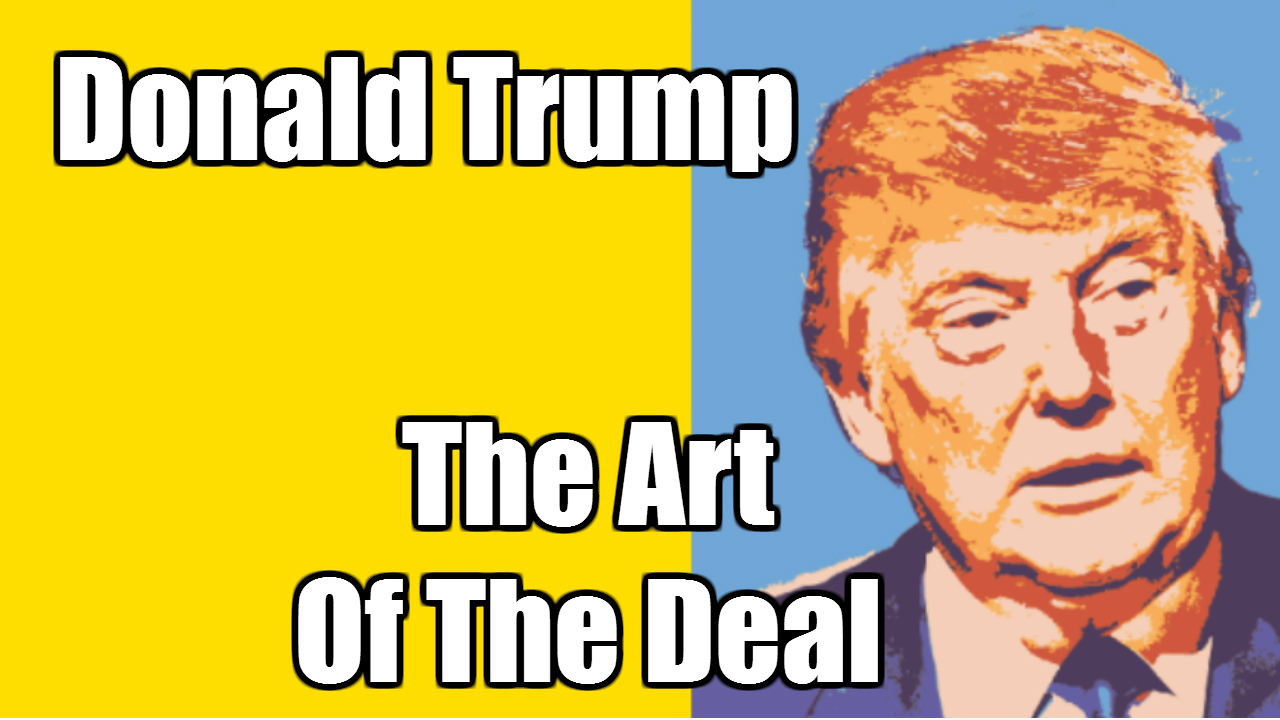 Before vying to become President of the United States of America, Donald Trump wrote a book nearly thirty years ago that became one of the most successful business books of all time.

Trump starts by taking us through a week in his life back in 1987 when he’d just turned 40.

There are a distinct lack of formal meetings but a large amount of phone calls usually between 50-100 a day, that are short and to the point. Interspersed between these are a dozen or so impromptu meetings. After leaving the office at 6.30, the calls continue into the evening and all weekend.

It’s clear that there is a strong woman behind Trump, his wife Ivana looks after their three homes and raises their three children. She even helps out on the business side by running Trump’s Castle, the second hotel and casino complex Trump bought.

When it comes to the specifics of deal-making, Trump aims very high and then pushes relentlessly to try and get it.

His ability to think big gives him a great advantage as many people fear decision-making and success. He doesn’t just run a hotel; he runs a large hotel with a huge casino attached to it.

Any decisions he has to make are made only after asking lots of questions and getting the opinion of everyone who is involved. Knowing the market is essential.

To make a product valuable, getting the word out is crucial. Generating interest and excitement is needed and Trump thinks it’s better to do it himself than having public relations people to do it for him.

He’s bold, controversial and sometimes outrageous. This causes the press to write about him both positively and negatively, but from a pure business viewpoint, the pros of being written about far outweigh the cons.

However, no amount of promotion, excitement and hyperbole will help if you can’t deliver the goods. You can’t con people for long. You need to have a great product.

Trump’s greatest influence growing up was his father. His father built rent-controlled property in New York and taught him toughness in business as well as competence and efficiency in an industry where profit margins were so low. Costs had to be kept down so he learnt how to negotiate hard with suppliers. His father also promised reliability in payment and the promise of future work as a way of getting suppliers to lower prices. These were strategies that his son followed when he moved into the upper market real estate business.

At the age of 13 Trump enrolled in a military school and later attend Wharton School of Business. Whilst studying he worked with his father on an apartment complex they purchased in Cincinnati, Ohio, which contained 1,200 properties. They increased the occupancy rate to 100% by improving the look and cleanliness of the complex and then sold it for a profit.

Trump moved to Manhattan in New York and started working on larger projects. In 1974 he became interested in buying the Commodore hotel, a dark and dingy place that was losing money but in a good location next to Grand Central station and the subway.

Trump soon got some designs for the new architecture of the hotel and entered a deal with the Hyatt hotel chain where they were equal partners. Trump would build the hotel and Hyatt would manage it once built.

It took several years of negotiation and renovation but when the hotel reopened in September 1980, they increased the room rate from $20.80 in the old Commodore, to $115 at the new Grand Hyatt, with over 80% occupancy.

At the same time Trump was negotiating a secret deal to buy some land in a prime location on 5th Avenue to build a giant glass skyscraper that would become Trump Tower. The taller and bigger it was, the more apartments he could put in there and the more money he’d make. In the end the city planning commission approved a 68 storey building, the tallest residential building in New York City at the time.

The glamorous tower attracted many stars to purchase apartments, from Steven Spielberg to Liberace. Trump moved into one of the penthouse apartments on the top floor with his family in 1983.

Trump then moved into the casino business, building the Trump Plaza in 1984. He had gone into a 50-50 partnership with Holiday Inn but after disagreements in the partnership, Trump bought out Holiday Inn and owned the whole building by 1986. Once in sole charge, he tried to improve the profit of the casino by hiring his competitor’s employees. His policy was:

The result was a profit of $20million more than was projected.

Soon after Trump Plaza had opened, Trump managed to turn a potentially negative situation into a positive and profitable one.

Hilton hotels had started building a huge casino-hotel in Atlantic City to rival Trump’s facility. Eager to start making a profit, they started construction at the same time as applying for a gaming licence. Unfortunately for them, they were rejected a licence just as construction was nearing completion.

Trump started negotiating with chief executive Barron Hilton and negotiated a cut price deal of $320million to purchase the facility. In 1985, Trump’s Castle opened and took a gross income of $131million for the six months it was open that year.

In May 1986, Trump was in his apartment in Trump Tower, overlooking Wollman Ice Skating Rink in Central Park. The rink was supposed to be closed and rebuilt in two and a half years by the city. Six years later and after nearly $13million spent, they were no nearer to completing the job.

Trump wrote to the mayor and offered to rebuild the rink in six months, putting up the $3million dollars himself. After being rejected at first, the letter leaked to the press, who all sided with Trump. The negative publicity caused a u-turn from the mayor and a deal was struck, with Trump getting paid back the $3million only on completion of the project.

Implementing some strong leadership by checking on progress daily, Trump oversaw the rink fully built in four months and $750,000 under budget.

Donald Trump spent the first two decades of his working life accomplishing things that many said could not be done. At the end of his book, he promised to continue to put two of his best skills to good use: overcoming obstacles and motivating people to do their best work.

Buy the book Trump: The Art of the Deal, which helps me provide more great content for free.