Screw It, Let's Do It by Richard Branson 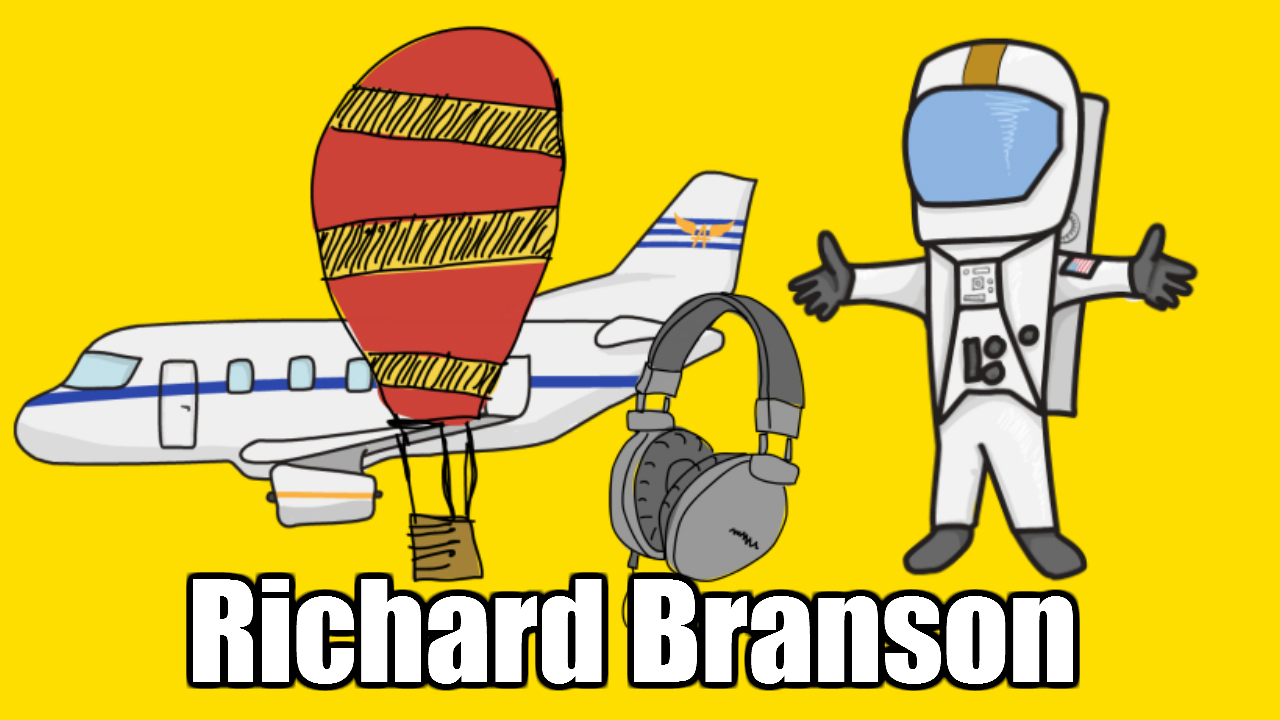 Sir Richard Branson has strived for success as a businessman and in his life in general. In this book he shares nine tips on how to achieve your goals and become as successful as possible in life.

Branson’s nickname from his staff is “Dr Yes”, because he can’t say no. If you want to do something, he believes you should just do it, even if people say it can’t be done.

When he was 15 years old and still at school, Branson started a magazine called “Student” despite people saying he couldn’t do it. He wasn’t good at school and left at age 16 to work on it full time. Branson worked hard and wrote hundreds of letters to sell advertising space and get interviews. The hard work paid off and the magazine was a success with interviews from Mick Jagger and John Lennon.

He branched out into selling records by mail order. Then he hired some spare space in a shoe shop and made it a trendy place for students to hang out and buy his records. One store led to a second and third and eventually there was one in every big town in England... and he wasn’t even 20 years old.

Branson always wanted to live life to the full and attempted record attempts in speedboats and hot air balloons. “Screw it, let’s do it” is literally what he said as he can’t resist a challenge. He was first to cross the Atlantic in his balloon with his colleague – a world record.

Branson says his keys to success have been hard work and full belief in himself, but he also tries to have fun.

In 1976, Branson was working hard on Virgin Music. They had just signed the Sex Pistols and another of their artists was just used on the Exorcist soundtrack. By 1977 he needed a break. He heard that if you’re looking to buy a house on the British Virgin Islands you get a grand tour free of charge. Branson spoke to an estate agent and off he went with his girlfriend.

He had no intention of buying a house there but later in life he bought one of the entire islands, Necker Island.

On the way home their flight was cancelled so Branson chartered a plane for £2000, divided that by the number of people stranded and wrote on a borrowed blackboard: VIRGIN AIRWAYS £39 SINGLE FLIGHT TO PUERTO RICO. Thus the idea of Virgin Airways was formed whilst on holiday having fun. To Richard Branson, when something stops being fun, it’s time to move on.

Branson believes in being bold but not gambling. As a child Branson knew the pilot and war hero Douglas Bader who lost both legs in a flying accident but learned to walk and fly again. You should try and avoid risks but protecting yourself 100% of the time is impossible. You have to chase your goals and follow your dreams Branson says.

One occasion where he was bold was deciding to start an airline as it would cost a large amount of money. Despite no one thinking it would last more than a year when it launched in 1984, Virgin Atlantic has been a roaring success. He took a risk but the odds were good as instead of offering a cheaper service than the other, larger airlines that could undercut them, Branson offered a better service, which they couldn’t match.

The next big move for Branson was Virgin Trains in 1996, getting the idea while on the bullet train in Japan. The newspapers said it was a bold move but again it was a success and they created the world’s most advanced leaning train.

Something to aim for is needed by everyone. The challenge to reach that aim makes you grow. Branson has two main challenges in life:

Branson challenged himself from a young age. From learning to swim by jumping in a river to overcoming dyslexia at school and winning an essay contest. Later in life his challenge was to fly over the Atlantic and then the Pacific Ocean in a balloon.

5. Stand on Your Own Feet

Branson’s parents taught him from a young age to think for himself and get things done. Once he was woken up by his mother and sent on a 50 mile bike ride to visit a relative with only a packed lunch and an apple. He and his siblings were constantly found useful tasks to do. He tried to bring his children up the same way.

In 1999, Branson bought a game reserve in South Africa and built a house there where he spends time with his family. He limits himself to only 15 minutes of business a day while he’s there. He manages this by making every second count, in both his business and personal life.

As his company is worldwide, he finds he needs to be awake a lot of the time. One vital skill he’s learnt is to nap, catching a couple of hours sleep at a time. This is also something Winston Churchill was good at and is a good way to “switch off”.

Branson is part of a very close knit family and treats his staff at Virgin like family too. He’s a strong believer in teamwork, with it being instilled in him from a young age. His family have helped him and have always been there for him, something really important when he was first starting out in business.

His auntie gave him a £7,500 loan to buy an old manor house so he could build a recording studio there. What he didn’t know at the time was that she didn’t have the money to spare but took out a mortgage on her house because she had such faith in him.

It is important to treat everyone well, not just those you want to impress. You never know who might hear or see you and people talk and gossip. Your reputation is everything. Branson’s advice for anyone starting out in business is to “be fair in all your dealings. Don’t cheat – but aim to win”. If you can’t sleep at night because of it, don’t do it.

Branson was brought up to think anyone could change the world. When he started his own magazine, he wanted to use it as a platform to change things. He then spent years building up Virgin and earning money along the way. Money is not necessarily the root of all evil, it can be used for good. Rich men and women have started some of the biggest charities in the world. For example, Ray Kroc created McDonald’s and his company give over $50million a year to charity.

Branson himself has helped in the past by sending a jumbo jet to Jordan when the Iraq War was taking place to help the refugees there. The plane contained medical supplies, tons of rice and 40,000 blankets.

In 2004, Branson set up Virgin Unite which provides a way for Virgin staff to work together to solve tough social problems around the world. As a businessperson you can do a great deal of good if you use your power wisely Branson says.

These have been Sir Richard Branson’s lessons in life, his goals and the things he believes in. Each one of these lessons can be applied to all of us.

Buy the book Screw It, Let's Do It: Lessons in Life, which helps me provide more great content for free.