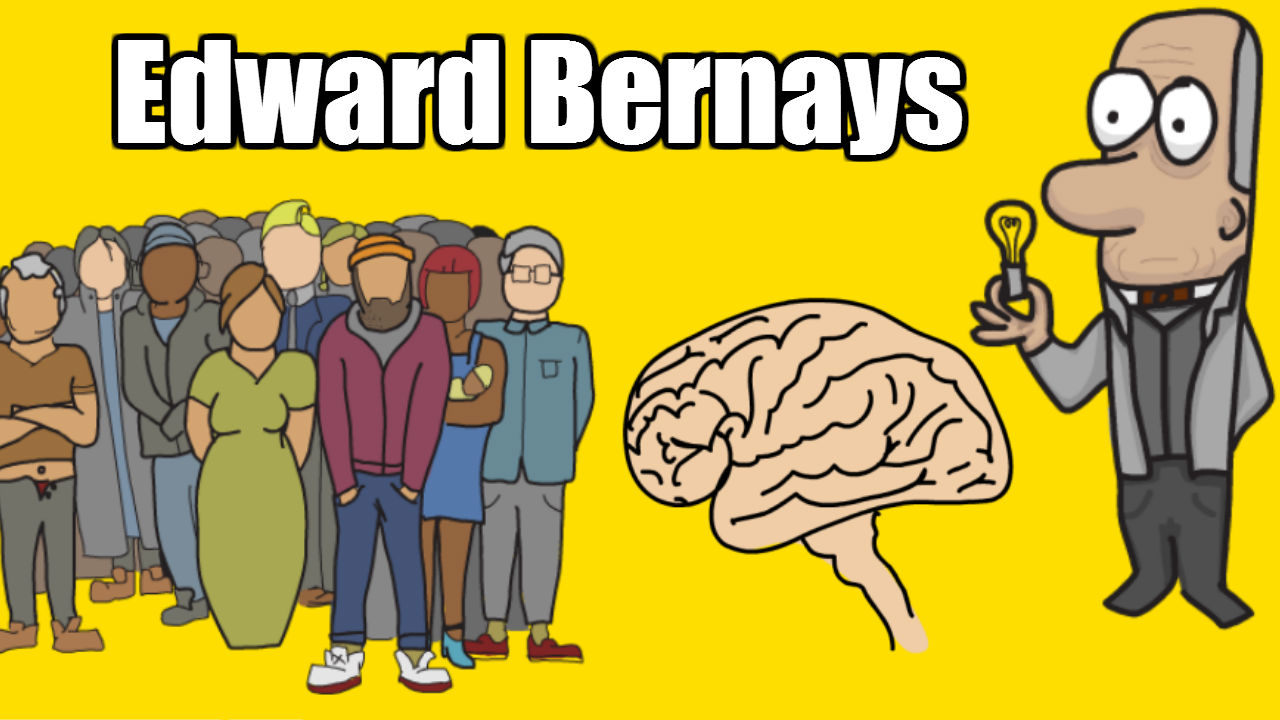 @OEudaimonia you did an amazing job with a complicated subject. the guatemala episode was awful. it's left a wound in me that doesn't heal.

Edward Bernays persuaded women to smoke. He convinced the public that bacon and eggs were the true all-American breakfast. He also facilitated the successful overthrow of a democratically elected Guatemalan president. How did one man achieve these remarkable accomplishments? The methods used to accomplish these astonishing events are explained in his book, ‘Propaganda’.

What is propaganda? Propaganda nowadays is now seen as a synonym for lies. It implies half-truths, selective history, bias, misleading information and other tricks. However, it can be used in a positive manner. For example: a campaign to improve public health through vaccination. When used in such a constructive way, it can be a progressive force, capable of improving and benefiting every life and every home.

Specific propaganda should be seen as good or bad depending on the merit of the cause urged and the correctness of the information published. Modern propaganda is a consistent and continuing effort to create or shape events to influence public relations on an enterprise, idea or group.

Edward Bernays worked for the Woodrow Wilson administration in the First World War, using a propaganda model promoting America’s war efforts as ‘bringing democracy to Europe’. After swaying the public across the world with this slogan he set to work on employing propaganda in peacetime. Due to negative implications surrounding the word propaganda because of its use by the Germans in the war, he promoted the term ‘Public Relations’.

A public relations expert is concerned with bringing an idea to the awareness of the public, using modern media communications and group formations of society. They act as an advisor to their client. Edward Bernays had an impressive list of these clients, ranging from media companies such as Time Inc., CBS and NBC through to individuals such as the President of the United States.

He was not just a propagandist. He was concerned with courses of action, policies, systems and opinions, and the securing of public support for them. His responsibilities even included discovering new markets. The most famous new market Bernays was asked to uncover was that of women smoking cigarettes in the late 1920s.

Up until then women smoking in public was seen as a social taboo. Bernays set about removing this taboo to potentially double tobacco companies possible clientele. First, he contacted a psychoanalyst to understand the societal perceptions that dissuaded women from smoking. He found that for feminists, cigarettes were like ‘torches of freedom’ that symbolised their nonconformity and freedom from male oppression. He used this information to formulate a strategy and got a group of stylish women to march in an Easter Day parade. Prior to the parade, he had told the press that a group of women’s rights marchers would light ‘torches of freedom’. On his cue, the women lit up their cigarettes in front of the eager photographers. The result was press coverage in several major newspapers including the New York Times which helped to break the taboo against women smoking in public.

The study of mass psychology has brought to light the fact that a group can have certain mental characteristics distinct from that of an individual. Learning how the masses are influenced by various factors allows us to effect change in public opinion with a fair amount of accuracy.

However, propaganda will never be an exact science, in the same way psychology or sociology isn’t, because they deal with humans.

If you can influence leaders, you automatically influence the groups they rule or have authority over.

The group mind has impulses, emotions and habits rather than thoughts as such. It makes up its mind by impulsively following the example of a trusted leader or authority figure. If this is not available, the herd ‘thinks’ by clichés or images that stand for a group of experiences or ideas.

An old propagandist would treat the human mind as an individual machine and rely on certain stimulus often repeated creating a habit. Similarly they would reiterate an idea to create conviction with individuals. For example, to advertise bacon and eggs, adverts would contain phrases along the lines of ‘eat more eggs’, ‘bacon is good for you’ and ‘bacon and eggs are cheap and healthy’.

A new propagandist such as Bernays who understands group psychology would first look at who influences eating habits. The answer is doctors and physicians. They would then suggest to these doctors and physicians to publically state that eating bacon and eggs is good for you. The propagandist knows that a large number of people will follow the advice of their doctor due to the psychological relationship between a person and their doctor. A doctor signifies health which in turn signifies long life.

Bernays used these exact methods of leader influence to convince the public that bacon and eggs was the true all-American breakfast. Bernays sold more bacon, not by telling Americans that bacon is tasty, but by asking doctors the question: ‘Is it more healthy to eat a hearty breakfast or a skimpy breakfast?’. His advertisements then said, ‘Nine out of ten doctors recommend a hearty breakfast like this one’ with a photo of bacon and eggs.

An old advertiser would try to persuade an individual to buy an item immediately, for example: ‘Buy this piano — NOW’. Using reiteration and emphasis directed upon the individual, the advertiser tries to break down sales resistance.

A new advertiser would instead of directly penetrating sales resistance, try to remove it by creating circumstances that will swing emotional currents that will build purchaser demand. For example, a new advertiser when selling a piano would try to develop acceptance of the idea of a music room in the house, perhaps by arranging an exhibition of music rooms by well-known designers, inviting key people of influence with regards to buying habits, i.e. famous musicians. The music room will be accepted and people with a music room will naturally think of buying a piano, believing it comes as their own idea. Instead of saying to the purchaser ‘please buy a piano’, they have caused the purchaser to say ‘please sell me a piano’.

All these methods and techniques were used for Bernays’ most extreme propaganda campaign: the overthrow of the Guatemalan government. The government had introduced labour laws that allowed workers to strike if their demand for higher wages were not met. The United Fruit Company had been the largest landowner and employer in Guatemala for several years and these laws would affect their profits. Edward Bernays was hired by the United Fruit Company to persuade Americans that the then Guatemalan president Jacobo Arbenz was a communist, when in reality he was a liberal capitalist.

Bernays ran an intensive campaign of misinformation to portray the company as the victim of the government for several years including taking American journalists to Guatemala and arranging for them to interview only those who opposed Arbenz. Bernays’ involvement led to US President Eisenhower to intervene and ultimately Arbenz was overthrown in a US-sponsored coup designed to make the world safe for large U.S. corporations.

Buy the book Propaganda, which helps me provide more great content for free.