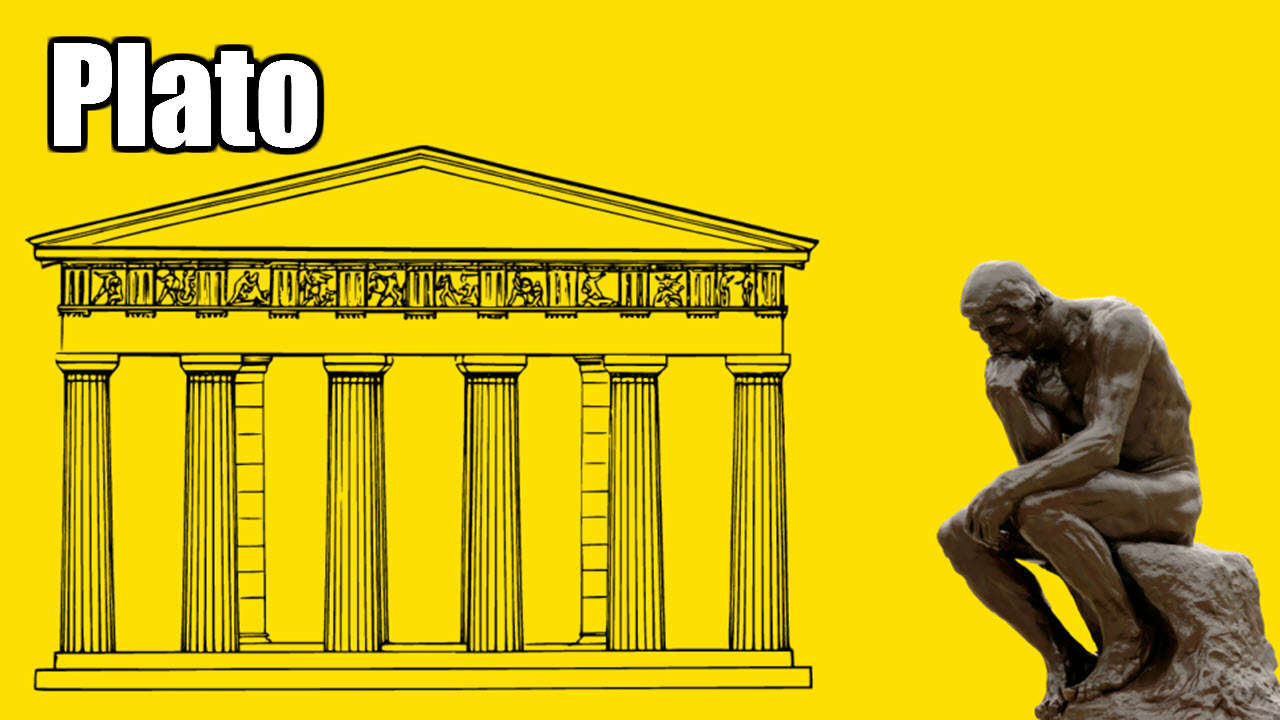 The philosopher Plato was born in Athens in 427BC and died about 80 years later in 347BC.

His parents were both Athenians and he had two brothers and a sister. His mother remarried and had another son after his father died.

Plato rejected his family and never married, which was a duty at the time to continue the family and the city.

From early on, Plato was seen as an outstanding philosophical figure. He was heavily influenced by another Athenian, Socrates.

Plato’s respect for Socrates is shown in the dialogues he wrote, where Socrates is the main figure in most of them and he appears in all but one. He is presented by Plato as the philosopher searching for truth.

Plato founded ‘The Academy’, the first ever philosophical school. His most famous student was Aristotle, who was there for 20 years. Plato was succeeded as head of The Academy by his nephew.

Plato did not charge fees to attend his school, but it was only the rich who could spend the time to attend and study philosophy at the time. This was a time without grades or degrees and the school was more a centre for discussions.

Plato was seen as a literary figure as well as a philosophical one and his writings are known for their readability, written in a charming and non-technical way.

Many have seen Plato as the first feminist as he felt there’s no reason why women should be banned from doing activities that men do. He saw women running homes, lacking education and lacking political rights as a problem in society and thought that something should be done about it. His views on women and their social roles were pioneering and original as almost no other philosophers thought that way. However, despite wanting equality, he did believe that women would perform at a lower standard both physically and mentally.

A question Plato discusses and tries to answer in his writings is how to live a good life. He believed that we all seek happiness or eudaimonia and we do that by living an admirable, enviable life as opposed to the modern view of happiness which is identified by feeling good.

His view on what an admirable, enviable life is is different to most philosophers too. Many people say a happy life is one where you’re successful, rich and secure, or have achieved something in your life. However, Plato believed that the things that most people think are good, such as health, wealth, beauty and so on only benefit you if you put them to use and do something with them. Otherwise, they may even do you harm.

Therefore the virtues that allow us to deal well with the advantages we have in life are required for these advantages to benefit us.

Plato said that virtue is the defining and controlling element in your life and therefore crucial. We should realise that most of our concerns and worries are unimportant and petty. Things people get worked up about are in fact trivial. To be virtuous you must detach yourself from these daily concerns. Plato’s view was that we should become like god. That is to be purely good, without evil and to aspire to get as near to perfection as is possible for a human.

Plato thinks becoming virtuous is crucial for somebody hoping to achieve happiness. So how do we become virtuous? In Plato’s writings he portrays people aspiring to be virtuous as in conflict with the community with little support or sympathy for their thoughts and ideas.

He sees there are various pressures society brings that can mould a person in negative ways. In Plato’s time there were drama performances in theatres and festivals. Today the equivalent role in society is played by films, television and books. Plato does not see them as harmless entertainment; rather their effect encourages the audience to feel serious emotions lightly, which weakens their control of their own emotions.

Plato was the first person to institutionalise philosophy. He thought it required the pursuit of truth and a dependence on argument. He is one of the world’s best known and most widely read and studied philosophers.