My Life and Work by Henry Ford 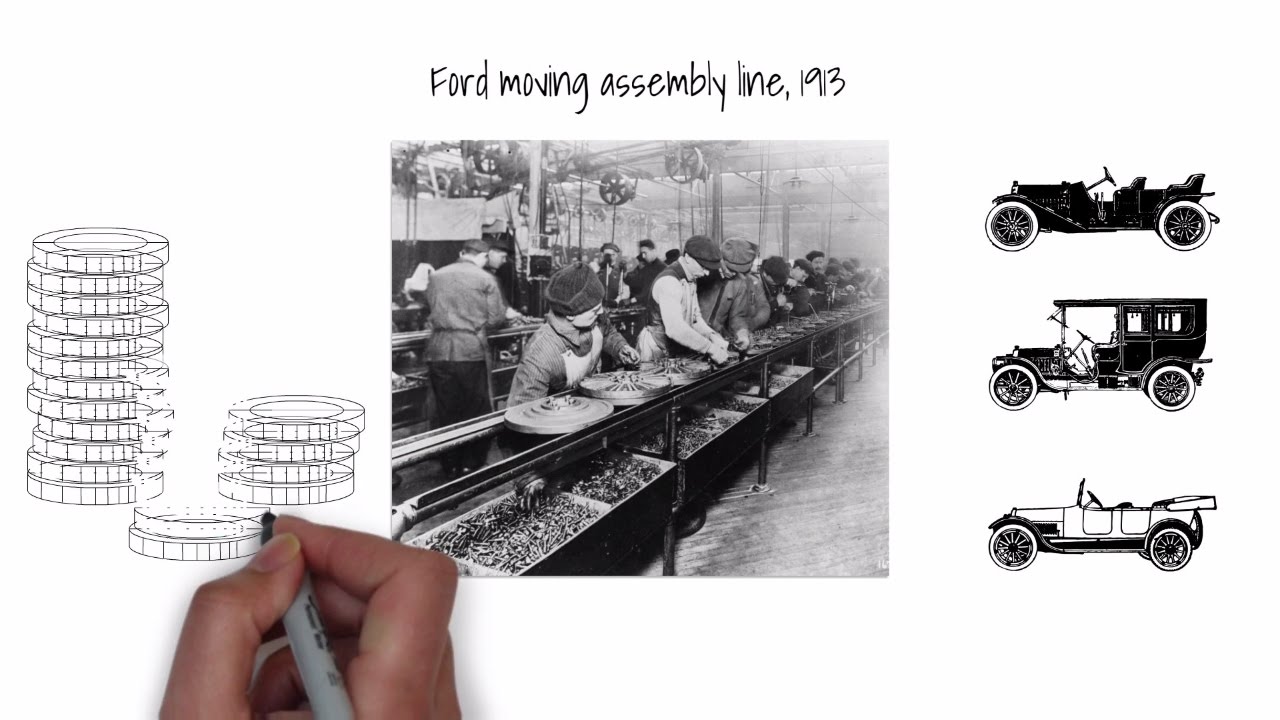 Born on a farm in Michigan on 30th July 1863, as a youngster seeing all the hard, manual work taking place on the farm drew Henry Ford into mechanics. He got an apprenticeship at a machine shop and after completing it, concentrated on designing and developing a steam engine that could pull a plough or wagon. It was only when he realised that people were more interested in travelling on the roads than working on farms that he switched his focus to road cars. He abandoned plans to run a road vehicle by steam due to the danger for the driver but didn’t give up the dream of a horseless carriage.

He would work as an engineer and machinist during the day and work on his engine in the evenings, once he’d built a workshop at the back of his house. His first motor car was completed in 1892, a two-seater, and after a year of tweaks and adjustments, Ford was finally happy with what he had made.

His first car scared horses and caused traffic jams as people gathered round to see the only car driving around Detroit. After driving it approximately 1000 miles, he sold it for $200 in 1896 and immediately began working on a second model, which would be slightly lighter. Despite working his way up to chief engineer, he quit his job in 1899 to focus on selling cars.

Ford founded his first car company with a group of men but resigned after three years as the cars they sold were just copies of the initial model he had made and the focus was just on making money rather than improving the car. He spent a year experimenting, which included building race cars designed purely for speed. One of them he created won a three-mile race by half a mile. The race garnered some publicity and the following week he formed the Ford Motor Company.

The first car the company built was the “Model A”, which cost $850. In their first year, they sold 1,708 of them. The aim was to make a simple, reliable car for everyday use that was also cheap and he succeeded. It was advertised as a useful utility, rather than just a pleasurable item.

After five years of experimenting with the models, they were starting to sell cars as far as Europe. All Ford’s experimentation and work was ultimately done to create a universal car that was built with quality materials and was simple, powerful, reliable, light and easy to control. Henry Ford achieved this with his next car, the “Model T”. Its simplicity made it easier to make so that production of the car would be high. When starting with a good idea, Henry Ford believed in working on perfecting it rather than looking for a new idea. Almost all the features of the Model T were already contained in at least one of the previous eight models of car Ford had built. It was sold in 1908-1909 and Ford sold over 10,000 that season for the first time. No other manufacturer had ever done that. Ford decided at that point that the Model T would then be the only car they would make. He built an even larger car factory outside of Detroit to cope with his expected production requirements. In the following two years, cars sold were 18 thousand while the plant was being built and 34 thousand once it was up and running. The company went worldwide with branches from England to Australia.

Henry Ford pioneered assembly lines, leading to a significant reduction in the time it took to produce an automobile and an increase in production as a result. He was obsessed with developing the best car. His company bought one of every car that was produced by other car makers just to see if there were any features that were better than the features in the model they currently produced.

As well as improving the car that was produced, Ford’s other obsession was to reduce the price as much as possible. He believed that it was better to sell a large number of cars with a small profit margin on each, than a smaller number of cars with a larger margin of profit. This would result in a greater number of people being able to enjoy using the car as well as more people being employed on a decent wage producing the car.

As well as a car, Ford was also designing and constructing a tractor. Production of this tractor actually started a year earlier than intended due to a food crisis for the Allies during the First World War. In three months from the end of 1917 into 1918, the Ford Motor Company sent over 5,000 tractors to England and it was mainly women that operated them, helping to plough and cultivate the land. The tractors were versatile and inexpensive. After they were successful in England, they were sold in America for $750 in 1918. Utilising the same principles of efficiency and economies of large-scale production as was used when constructing the motor car, by 1922 the tractor was being offered at a price of $395.

Henry Ford was a firm believer in self-reliance over charity. He built and funded a trade school that taught boys how to be productive. He also funded a private hospital with a capacity of 600 beds. Ford also took over a railroad in March 1921, The Detroit, Toledo & Ironton Railway. Ford purchased the railroad as it interfered with his plans. It was in poor condition but after rehabilitation of the track, buildings and trains, it was soon transporting freight quicker and cheaper than ever.

Henry Ford started the Ford Motor Company with next to nothing. There were no favourable conditions or good fortune that helped establish the company as a car giant. It was achieved with hard work and Henry Ford keeping the faith in his principles. The breakthrough occurred when they took having an automobile as a luxury and made it a necessity. On 31st May 1921, Ford produced its five millionth car. This was accomplished by adhering to a creed of four principles:

Buy the book My Life and Work, which helps me provide more great content for free.