Elon Musk: Tesla, SpaceX, and the Quest for a Fantastic Future by Ashlee Vance 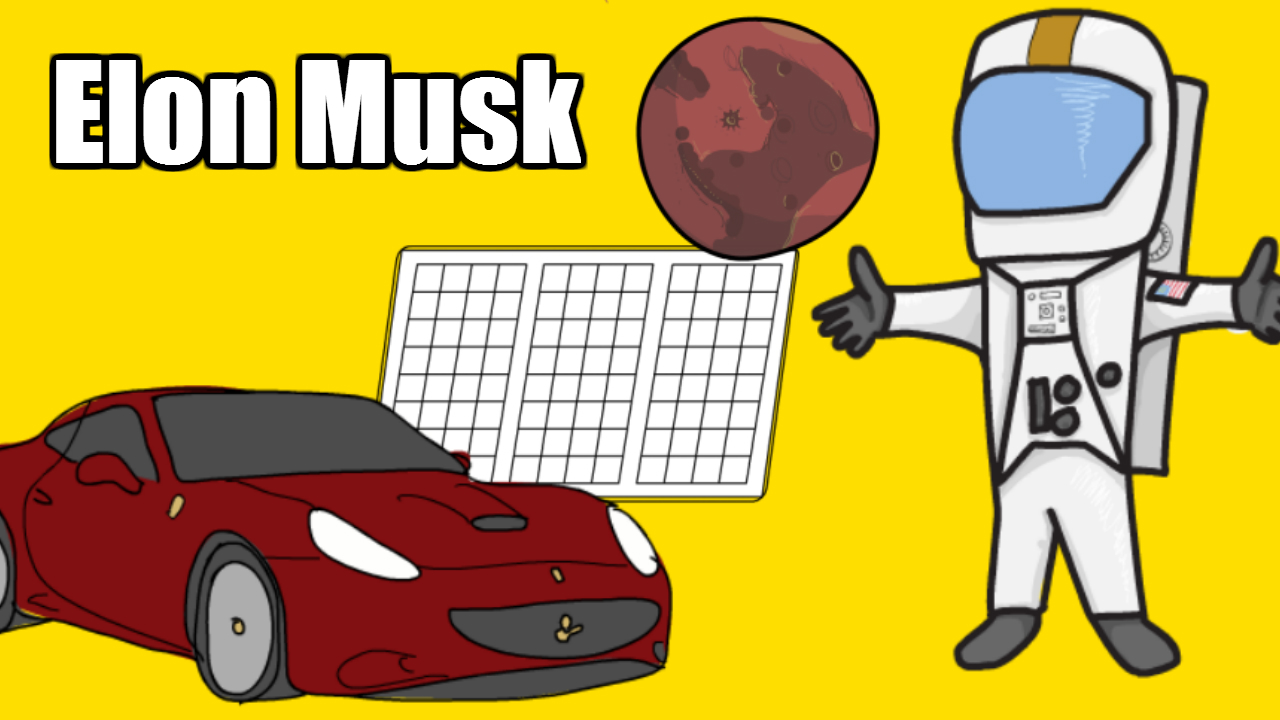 Elon Musk has long since entered the consciousness of the general public. Back in early 2012 people started to take notice. One of his companies had just built and delivered an all-electric car. Another of his companies had just flown a capsule to the International Space Station and back. He was being lauded as an entrepreneur on a par with the likes of Steve Jobs. However, whilst Jobs had succeeded in achieving similar feats in two different industries at the same time, Musk has since achieved it in three of them.

Musk jumped into the dot com mania after college founding Zip2 in 1995. The company was like a basic version of Google Maps meets Yelp. Compaq bought Zip2 in 1999 for $307million. Musk made $22million from the deal and put most of it into his next start-up, which would eventually become PayPal. In 2002, eBay acquired it for $1.5billion.

It was adopting ultra-risk-taking to the extreme. When possible his companies all make things from scratch, rethinking accepted convention.

SpaceX was battling the likes of Lockheed Martin and Boeing in the USA as well as other entire nations like China and Russia. It is the low-cost supplier in the industry. They are currently testing reusable rockets that can take up cargo and then land back on Earth. Once this is perfected it will become a world leader in taking cargo, and humans, into space.

Tesla Motors is an automobile firm that strives to make all-electric cars that push the limits of technology. They are not sold through dealers, but sold on the web and in galleries in shopping centres. Cars are free to refuel from solar powered supercharging stations alongside roads.

SolarCity is the largest installer and financier of solar panels for business and consumers in the United States of America.

His total net worth is over $12billion but how has he done it? By thinking big and having long term goals. This is epitomised by his talk of putting mankind on Mars.

Born in South Africa on 28th June 1971, Elon grew up in Pretoria with his younger brother and sister. In 1984, aged 12 a PC magazine published the source code of a video game he had created which netted him $500.

As a young boy he had a compulsion to read. At one point he ran out of books to read at the library so he read the Encyclopaedia Britannica.

At 17 he travelled to Canada to avoid South African military service as he didn’t want to be part of the apartheid regime. He secured a Canadian passport through his mother and left home for good.

After 2 years at University in Ontario he transferred to the University of Pennsylvania.

Soon after university he founded Zip2 with his brother. Originally called ‘Global Link Information Network’, they rented a 20x30 foot office in Palo Alto which left them broke. They lived at the office, showering at the YMCA. Early on Musk would sleep on a beanbag next to his desk, asking the first employees to kick him when they came in to wake him up so he could return to his work.

In early 1996, the company received $3million in venture capital. They hired talented software engineers who improved on the code originally written by Musk who was self-taught. The venture capitalists pushed Musk into the role of CTO and despite the company becoming successful thanks in part to a new business model courting newspapers to use its service, Musk had lost control. He vowed from that point on to stay as CEO in any new ventures and as soon as the offer from Compaq for $307million was accepted, he left Zip2.

Musk had become a dot-com millionaire at 27 and his confidence meant he needed a new, ambitious project. He purchased a McLaren sports car (at the time only one of 62) and organised races with billionaire Oracle co-founder, Larry Ellison.

Musk invested $12million into X.com leaving him $4million after taxes for personal use. X.com was to become one of the world’s first online banks and went live in November 1999. X.com eventually merged with Confinity, created by Max Levchin and Peter Thiel which had a payment service called PayPal. Musk took charge but after an employee coup and a letter of no confidence was sent to the board, Musk was replaced by Thiel as CEO. Musk continued to be the largest shareholder even when Thiel rebranded X.com to PayPal. PayPal had a revenue of $240million per year and after the board accepted a $1.5billion offer for the company from eBay, Musk walked away with $180million after tax.

After PayPal, Elon and his now ex-wife Justine moved to Los Angeles. Musk picked that location to give him access to the space industry. He wanted to do something meaningful and lasting with his life.

After failing to buy a rocket from the Russians, Musk decided they could build a rocket themselves. In June 2002 Space Exploration Technologies or SpaceX was born. They purchased a test site in Texas. In December 2003 SpaceX unveiled a prototype of its first rocket, Falcon 1. After several tests and failed attempts, Falcon 1 successfully launched from Kwaj in the Marshall Islands.

On 1st July 2003 Tesla Motors was founded by Martin Eberhard and Marc Tarpenning. The initial electric car they were building would be powered by nearly 7,000 lithium ion batteries and use the chassis of a Lotus Elise.

When searching for some venture capital funding, Elon Musk invested $6.5million to become the largest shareholder and chairman of Tesla Motors. On 27th January 2005 a new car had been built by only 18 people. Musk then invested a further $9million.

Spiralling costs led to their first production model, the Roadster to cost approximately $200,000, even though they planned to sell it for $85,000. This (among other reasons) resulted in Eberhard being replaced as CEO in August 2007. By the end of the year, Eberhard had left the company completely. Eventually Musk would become the CEO.

Despite serious financial concerns with his companies, in particular with Tesla Motors, which was hours away from bankruptcy, on 23rd December 2008 NASA picked SpaceX to be a supplier for the International Space Station. The deal consisted of 12 flights to the ISS and the company received £1.6billion as payment. SpaceX now sends rockets up about once a month, carrying satellites for companies and nations and supplies for the ISS. Their latest advancement is to use rockets that return to Earth with great accuracy, using reverse thrusters to lower them slowly so they can be reused. This it is hoped will cut SpaceX’s cost for a launch to 1/10th of its rivals. SpaceX’s estimated worth is now $12billion. It is still a fundamental goal of SpaceX to create the technology to establish life on Mars.

A couple of years earlier on 29th June 2010, Tesla Motors became the first US car maker to go public since Ford in 1956. There were again financial issues though as not enough cars were being sold. Musk was in talks with Larry Page at Google and a handshake agreement was made to sell Tesla to Google. However the car sales improved, the value of Tesla increased and the Google deal fell through.

Elon Musk’s cousins, the Rive brothers formed the company SolarCity in 2006. It did not manufacture solar panels, instead buying them from other companies. Everything else was done in-house from installing the panels to building software to analyse whether solar made sense for a particular property. Musk became the chairman and its largest shareholder, owning a third of the company. SolarCity has become the largest installer of solar panels in the USA. It went public in 2012 and is now worth over $7billion. In June 2014 the company purchased a solar cell maker called Silevo for $200million and began producing their own solar panels.

In August 2013 Musk announced the Hyperloop. It will be a new method of transportation, moving people and cars in pods through a raised pneumatic tube. Each pod is thrust forward by an electromagnetic pulse with motors in the tube boosting the pods as needed to maintain a speed of 800mph. The whole thing will be solar powered. Hyperloop Technologies Inc. has been formed and Musk had a one-to-one meeting with President Obama about the idea in August 2014.

Elon Musk’s ambition shows no signs of slowing down as he continues to run three billion dollar companies whilst still continuing to invent and invest.

Buy the book Elon Musk: Tesla, SpaceX, and the Quest for a Fantastic Future, which helps me provide more great content for free.