The Autobiography of Benjamin Franklin 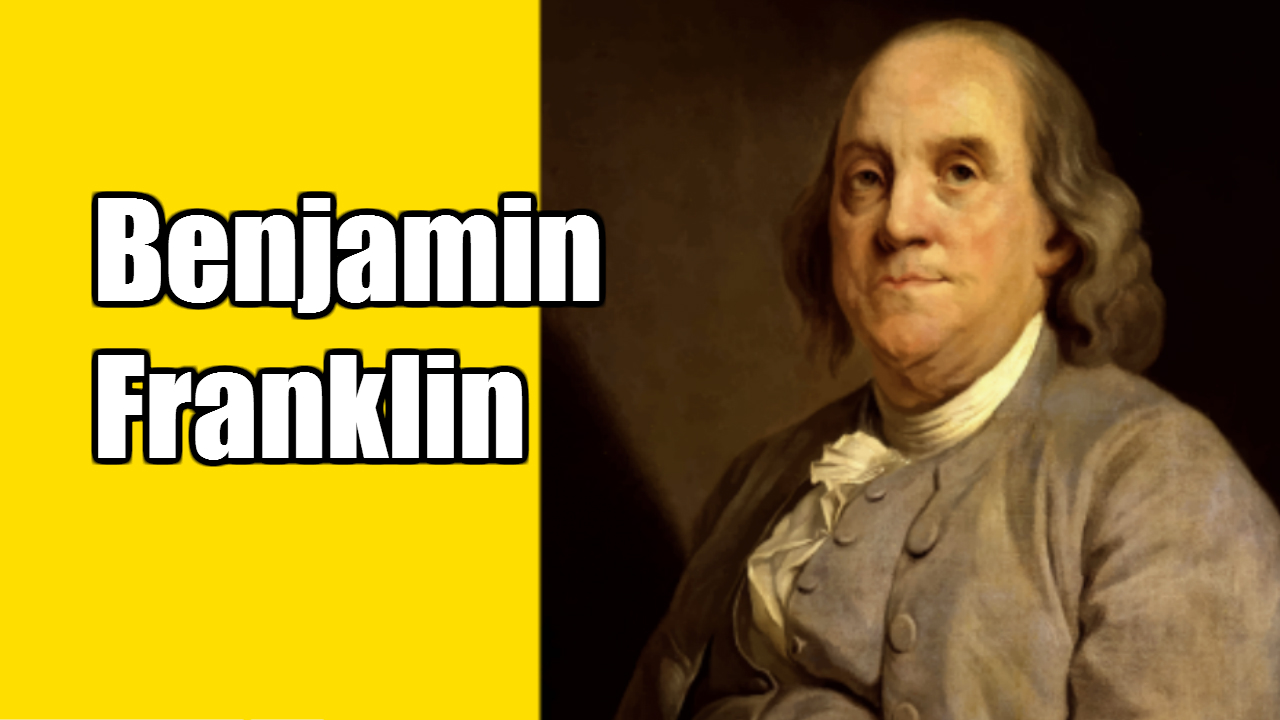 Benjamin Franklin’s autobiography was written in two parts, the first was composed as a letter to his son. The second half was penned several years later and was ultimately never finished.

Franklin’s father had 17 children from two wives. Franklin was the youngest son with two younger sisters. He was born in Boston, New England on Sunday 6th January 1706. The family had settled there after moving from England.
He went to grammar school at 8 years of age but left aged 10 to help his father with his business. He worked there for two years, before becoming an apprentice at his brother James’ new printing business. This job gave him access to a great many books and combined with his thirst for knowledge, it meant he would stay up most of the night reading. He also dabbled in writing poetry and managed to sell some of his own work, but was later discouraged by his father. He continued to learn how to write, improving his language and after reading a book on Socrates (Xenophon’s Memorable Things of Socrates) used his “Socratic method” to practise drawing people into concessions, even if they had superior knowledge.

Franklin’s brother began printing one of the first newspapers in America (New England Courant) and Franklin’s job was to deliver it. Thinking his brother wouldn’t publish anything of his, he submitted an article anonymously, which was well received and encouraged by this, submitted several more. After taking over the publishing of the paper for a few months, Franklin left and travelled to Philadelphia via New York, where he first met his future wife — Miss Read — and again worked for a printers.

He took a voyage to England, arriving in London on 24th December 1724, travelling with his friend, James Ralph. He got work immediately at a printing-house (Palmer’s), working there for the best part of a year before moving to a greater printing-house (Watts’s) for the remainder of his stay, about 6 months. He drank only water instead of the “strong” beer that the other workmen drank, arguing against its supposed strength through its ingredients, and saving himself four or five shillings a week. A large number of his colleagues followed his example.

After a two and a half month trip back, Benjamin Franklin arrived in Philadelphia on 11th October 1726. Miss Read had married somebody else in his absence but had later left him. Franklin worked running a shop business but he and the owner got seriously ill and after the owner died, the store and therefore also his employment, was lost.

He decided to partner with a friend and they opened a new printing-house. It became a success due in part to the reputation gained from Franklin’s work ethic and determination to deliver, regardless of any accidents or mishaps.

By 1729, Franklin was also publishing a newspaper and had bought out his partner, thus now solely running the business. His business was given the jobs of printing paper money (which he had influenced and campaigned for through his writings) and printing the laws and votes of the government nearby. He then opened a stationers shop to further expand his business.

Benjamin Franklin married Miss Deborah Read on 1st September 1730. Soon after his marriage he attempted his first public project — the building of a subscription library. He drew up the proposals, got the required subscriptions and the public library was built. This in time led to the locals being observed as more intelligent than the people of the same rank in other countries.
Reading was the only amusement Franklin allowed himself and he set aside 1–2 hours a day to study with books.

He began a project to attain moral perfection by creating a list of thirteen virtues and focusing on one each week. This model could be completed four times a year and whilst he never did achieve moral perfection, this system and the practising of it did provide him with a moral improvement and happiness.

He began to take a strong interest in public affairs. In Pennsylvania there was no provision for defence or educating the youth, so in 1743 Franklin drew up a proposal for an academy and the following year, a philosophical society. He also wrote a pamphlet outlining the lack of defence and promoting a voluntary association of the people. This motion received over 10,000 subscribers, who in time armed themselves and formed themselves into companies and regiments.

Franklin also invented an open stove for warming rooms whilst saving fuel compared to an iron furnace. It was so popular he was offered a patent to sell them but he refused, stating “We should be glad of an opportunity to serve others by any invention of ours; and this we should do freely and generously”.
In 1756, “General” Benjamin Franklin was sent to the North-West frontier to build forts with troops under his command to form protection from hostile Indians.

Ten years prior to this in 1746, Franklin began his electric experimentation. He initially performed these experiments in his house and many people came to see the wonders he would produce. One paper he wrote was about how lightning and electricity were the same. After initially being laughed at, Franklin conducted an experiment with a kite, successfully extracting sparks from a cloud.

Later in life Benjamin Franklin was appointed as the delegate to represent the Pennsylvania Assembly in England and was given the job of petitioning the King against the governor, who was having disputes with the assembly.

The last part of the autobiography details Franklin’s meetings and discussions in London but the two sides were far from any agreement. His memoirs were unfinished due to his death in 1790, but he would go on to be part of the committee that drafted the US Declaration of Independence, announcing the United States of America as a sovereign state and no longer part of the British Empire. He very much earned the title, “The First American”.

Buy the book The Autobiography of Benjamin Franklin, which helps me provide more great content for free.