Alexander the Great by Hugh Bowden 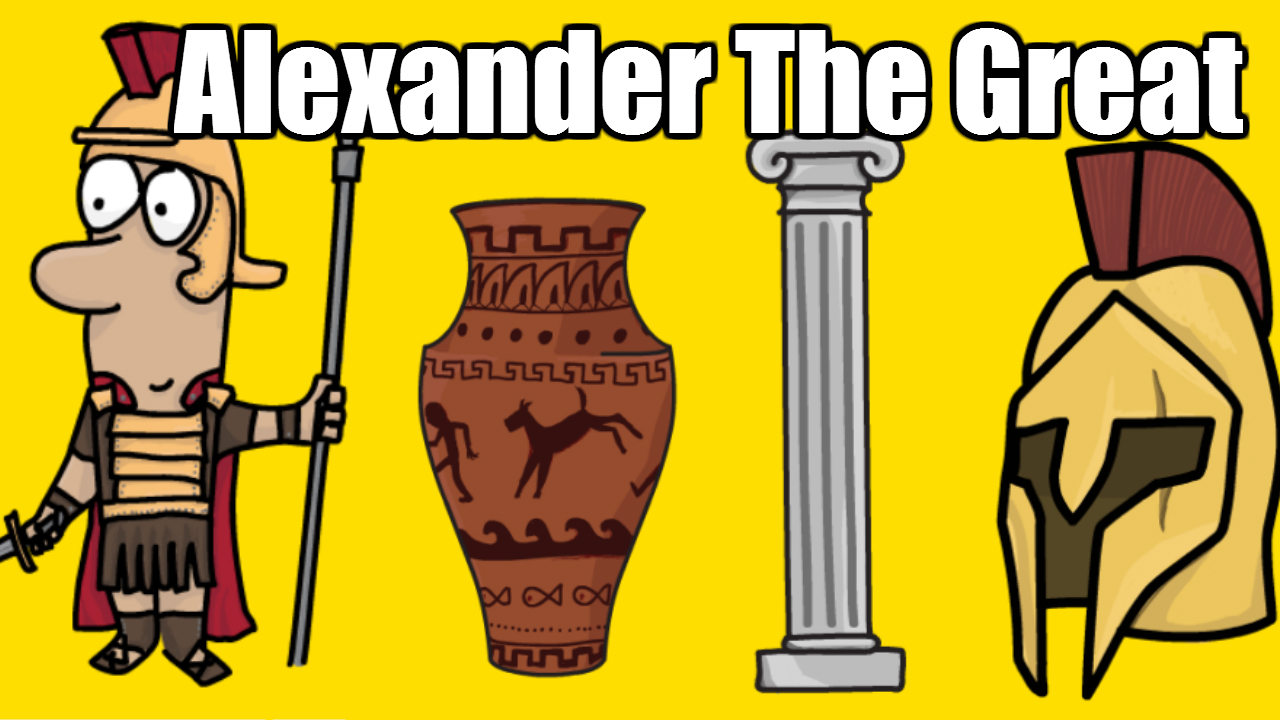 Alexander the Great was born in 356BCE, he became king of Macedonia a mere twenty years later, reigning until his death in 323BCE.

Once he was the king, he entered the territory of the Persian Empire, leading an army and taking control of an area of land that became part of one of the largest empires of the ancient world.

Alexander’s father, Philip II became king of Macedonia after his brother died in battle against an invading army. Macedonia was at the time an empire roughly the size of Yorkshire in England or New Jersey in the United States, but it was penned in by potential enemies on all sides.

In less than three years using a combination of diplomacy, military reorganisation and a lot of skill, king Philip transformed Macedonia’s fortunes and expanded his empire into Greece. After increasing the number of troops in his empire, 10,000 men crossed from Europe into Asia under his rule, with the aim of attacking the Persians.

Alexander’s mother was Olympias. She gave birth to Alexander while his father was fighting against various Greek cities. Alexander was educated under the guidance of the philosopher, Aristotle.

Alexander was at his sister’s wedding in Macedon and during a festival to celebrate the wedding afterwards, his father king Philip was killed. The assassin was one of Philip’s bodyguards. He was arrested and then executed. It meant Alexander became king of Macedon and leader of the Greek expedition to gain revenge against the Persians for previous destruction they had caused.

His time in power consisted of near constant military campaigning. First, he dealt with uprisings in the west and northeast of Macedonia itself. Then he attacked the Greek city, Thebes. Later he moved into Asia and fought three large battles against the Persians, one against the Indians and other battles in Afghanistan and Pakistan. In all his battles, he was always triumphant and therefore, undefeated.

When beginning his campaign in Asia he joined up with the force his father had sent over two years prior.

The Persian army was thought to consist of just under 100,000 men, although estimates range greatly.

Prior to the battle of the Granicus River, Alexander had marched from Troy where he’d visited Achilles’ tomb. Alexander claimed to be a descendant of Achilles and he took from the tomb a shield used in the Trojan War.

In late 332BCE, Alexander entered Egypt without any resistance from the Persian governor, who had too few soldiers at his disposal. Legend has it that Alexander founded the city of Alexandria, which later became one of the most important cities in the world in Roman times. However, it is more likely to have been formed shortly after his death, despite bearing his name.

Whilst in Egypt, Alexander visited the oracle at the temple of Amun. He asked the oracle if he would rule the world. The response from the oracle was positive.

Drawings that have been discovered in the temples in Egypt depict Alexander as a pharaoh and described him as king of Egypt.

On 1st October 331BCE, Alexander defeated the king of Persia, Darius III for the second occasion. This time it was at Gaugamela which is near to where the city of Mosul in Iraq stands in the present day. In doing so, it gave Alexander rule over Asia.

When travelling through the world, Alexander adapted and took on the role as leader of a particular region according to the traditions and protocols of that land. This included everything from how he behaved, to how he dressed.
Alexander had several wives, including the daughter of Darius III. He used marriage as a way of maintaining relationships with his empire’s neighbours and to connect him with families of previous kings and rulers.

In spring 330BCE, Alexander set off on a new campaign into the eastern parts of his empire that would go on to last five years. He travelled into Afghanistan, initially to stop Darius III from raising new forces. He initially had difficulty bringing the area under control, but eventually did so. He continued further east into what is now Pakistan and got to a point where, according to frequently told stories, his soldiers refused to accompany him any further. Instead, he travelled south, all the way to the Indian Ocean, which marked an end to his successful campaign.

On his way back, Alexander returned to Babylon in spring 323BCE, where he would eventually die. He caught a fever and spent the last few days of his life lying down whilst still giving orders, before finally losing the ability to speak. He is remembered as a creator of one of the largest empires of the ancient world, who was undefeated in battle and is widely considered one of history’s most successful military commanders.

Buy the book Alexander the Great: A Very Short Introduction, which helps me provide more great content for free.