The Story Of My Life by Helen Keller 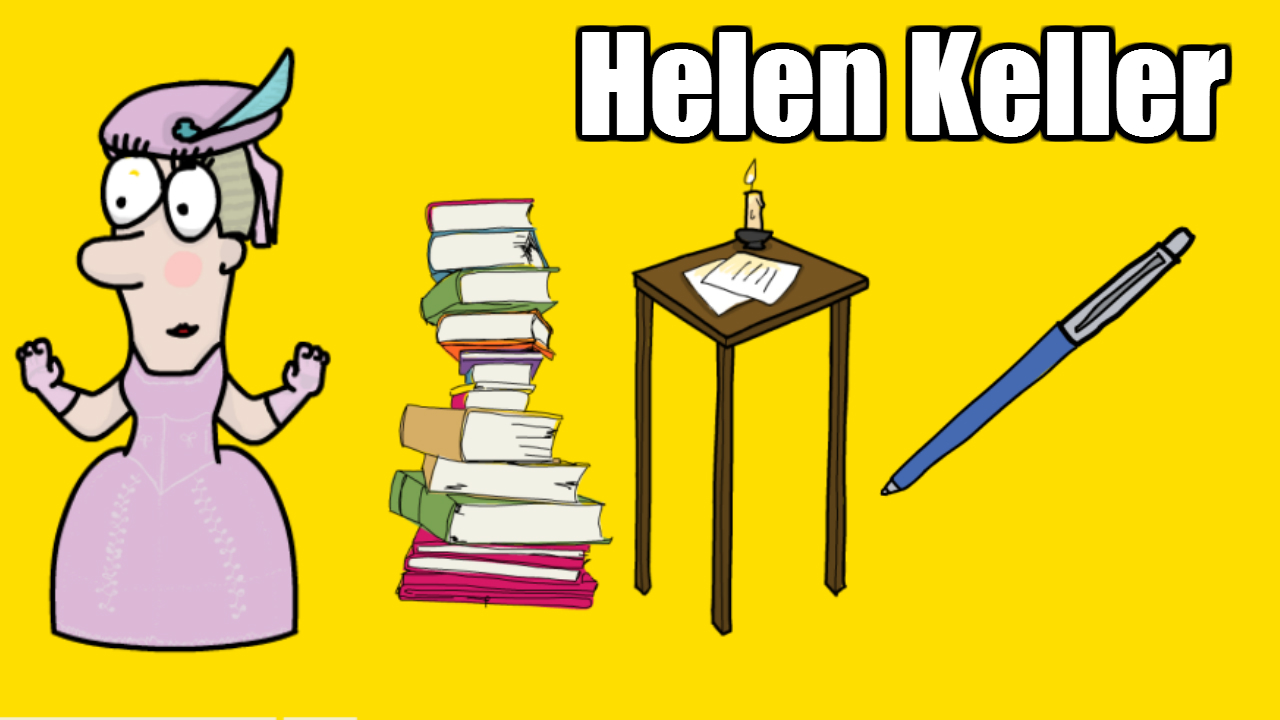 Helen Keller was born in Alabama, USA on 27th June 1880. As a youngster she was a fast learner, speaking words at 6 months old and walking on the day she turned one.

After 19 months of her life, she developed an illness which left her completely blind and deaf and she also lost her ability to talk.

A few months after the illness, Helen began to communicate from simple nods and shakes of the head, to imitating the cooking of a particular type of food that she wanted to eat.

At five years old she’d learnt to fold and put away clothes. She learnt very quickly but was bemused by people talking. After learning how a key worked she locked her mother in a pantry for three hours as a prank. This convinced her parents that she must be taught as soon as possible.

Her education began just before her seventh birthday. Her soon to be teacher, Anne Mansfield Sullivan, arrived at her house, gave her a doll and then spelt the word doll with her finger into Helen Keller’s hand. Miss Keller immediately tried to replicate the pattern herself and eventually did so, not even knowing it was a word or that words existed. She learnt to spell many words like this over the coming days and importantly discovered that everything has a name.

This naming developed into the ability to hold a conversation and awareness of abstract ideas. The next stage was learning to read. This was achieved using raised letters for printed words.

In May 1888, Miss Keller went to Boston to an institution for the blind and she was able to speak to other children who also knew her own language, the manual alphabet.

In spring 1890, she learned how to speak. Despite learning when she was younger, after her illness she stopped speaking because she couldn’t hear. Her teacher took Miss Keller to meet a principal of a school, Miss Sarah Fuller, who offered to teach her to talk.

Miss Fuller’s method was to pass Miss Keller’s hand over her face so she could feel her lips and tongue when she spoke and note the position they were in. Miss Keller learnt six letters in the first hour — M, P, A, S, T and I, and had eleven lessons in all. Her first connected sentence was “It is warm”.

After the lessons, she read aloud and her original teacher, Miss Sullivan corrected her pronunciation to improve her speech.

In October 1894 Miss Keller and Miss Sullivan went to a school for the deaf in New York City. She attended for two years and as well as improving her lip-reading and speech, learnt to speak French and German too. Several more years of schooling led to her learning new subjects such as Geography and Mathematics and prepared Miss Keller for college.

From a young age, literature was Miss Keller’s utopia. She loved reading books of all types. Different authors, different genres, even books written in different languages. In reading a book a lack of a sense in no way detracts from the beauty and pleasure of reading it.

As well as reading, Miss Keller learnt to swim, to row, to canoe and to sail. Away from the water she rode a tandem and enjoyed a walk, especially with her dog.

When inside, Miss Keller could knit or play chess. The black and white chess pieces were two different sizes so she could easily follow her opponent’s moves.

Helen Keller’s life shows it is possible to overcome even the greatest of difficulties. She has attempted to do whatever other people do and she has done it well. She wrote this book at the age of 21, after which she continued with college and earned a Batchelor of arts degree, the first ever deafblind person to do so.

Helen Keller was successful because of her determination and lived her life with no excuses. She had many people that helped her and the most important person in her life was Anne Sullivan who stayed with her for half a century. She lived her life by shattering her afflictions, leading to a life of triumph over adversity and in doing so became one of history’s most remarkable women.

Buy the book The Story of My Life, which helps me provide more great content for free.