My Fight / Your Fight by Ronda Rousey and Maria Burns-Ortiz 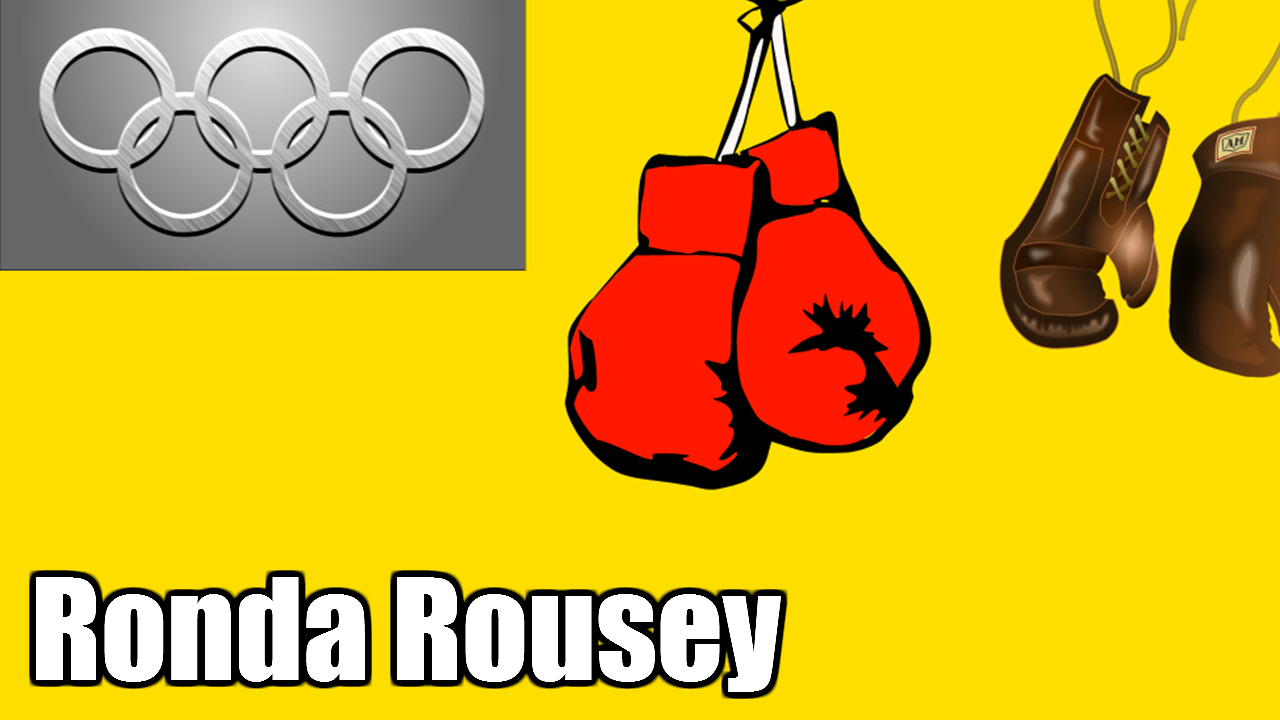 Ronda Rousey has been fighting her whole life. On the day she was born on 1st February 1987, she had the umbilical cord wrapped around her neck and had to fight for her first breath.

She fought to communicate as the lack of oxygen at birth affected her ability to speak and be understood as a child.

At three years of age, Ronda’s family moved from California to North Dakota and she began intensive speech therapy.

When in North Dakota one winter, her father suffered a severe back injury from an accident on a sled. After narrowly escaping death he spent over five months in hospital. He eventually left but his spine was disintegrating and the pain was excruciating. He committed suicide when Ronda was eight years old.

Ronda moved back to California and her mother, who was a former judo world champion, caught up with her old judo friends and started working out at their club. Ronda went along too and after one month of judo training, on her 11th birthday she entered a tournament. She fought and won… the whole tournament.

Despite competing with injuries such as a broken foot and recovering from a torn ACL, Ronda worked her way up to a national level and became the number one woman in her weight class in the United States, aged only 16.

It was at this age that she moved to New Hampshire to live and train with ‘Big Jim’, the renowned judo coach Jim Pedro. Big Jim lived in the middle of nowhere and for a year leading up to the 2004 Olympics, all she did was eat, sleep and train. At the Olympic trials she fought and won a place on the Olympic team and two months later, aged 17, she was off to Athens, the youngest judo competitor in the field.

Unfortunately Ronda lost in the first round to the eventual silver medal winner, but did end up finishing 9th after fighting in the consolation bracket to compete for bronze.

Over the next couple of years Ronda left the Pedros’ club and trained at various places around North America: New York, Chicago and Montreal in Canada, before returning to train with the Pedros (that’s Big Jim and his son ‘Little Jimmy’), in Massachusetts.

It was during this time at the age of 21 that she saw her first female Mixed Martial Arts (MMA) match on the TV. She thought about fighting and winning in the octagon but pushed the thoughts out of her mind as she was focused on the 2008 Beijing Olympics.

The year before the Olympics, Ronda competed in the 2007 World Championships in Rio De Janeiro, where she narrowly missed out on gold, losing on points in the final.

Once at Beijing, she won her first two matches before losing the third in overtime. Ronda was once again in the bronze medal consolation bracket, but this time she won her next three matches to win the bronze and become the first American woman to receive a medal in judo at the Olympics since it became an official sport in 1992. As she looked up into the stands immediately after her bronze medal match, Ronda saw her mother holding up the American flag. The same flag that had been placed on her father’s coffin at his funeral, 13 years previously.

After the Olympics, reality sunk in. Ronda had no job, no home and no prospects. She got a job as a bartender and after a few nights sleeping in her car, leased a small studio apartment. She took a year off from judo training and spent most of it bartending and drinking heavily.

Eventually she began training with her old judo friend Manny Gamburyan. Manny had moved from judo into MMA and they grappled once a week. She briefly made a comeback to judo, but after four months, realised that it wasn’t making her happy. She began to train in MMA full-time and her mother, despite being sceptical gave her, her blessing.

To compete in MMA, Ronda needed to improve her striking. She started training at Glendale Fighting Club and her striking coach was the owner, Edmond Tarverdyan.

On 6th August 2010, Ronda made her amateur MMA debut, winning in 23 seconds by submission. She fought two more amateur fights, winning both with neither lasting more than a minute. With her record at 3–0 in the amateur ranks, she decided to turn professional.

On 27th March 2011, Ronda made her pro debut with the prize money being $400 to fight and double that if she won. Ronda won in 25 seconds with an armbar submission hold. Her second fight was in Calgary and also ended with an armbar victory, this time in 49 seconds, which earned her $1000. After this fight she was called up by Strikeforce, the biggest MMA organisation with a women’s division at the time and was asked to join them.

Her first fight in Strikeforce was on 12th August 2011. It ended in another victory by armbar, in 25 seconds. It earned Ronda $8000. Another quick victory followed and it put Ronda in line for a title shot.

In Columbus, Ohio on 3rd March 2012, Ronda Rousey became the Strikeforce women’s Bantamweight champion, again by submission in round one.
As champion, her first defence was another first round win. Then she received a phone call from UFC president, Dana White. The Ultimate Fighting Championship (UFC) is the biggest MMA organisation in the world and Dana had previously said women would never be in the UFC. After meeting Ronda at a restaurant he told her “you’re going to be the first woman in the UFC”.
In a press conference Ronda was introduced as the women’s champion and would be in the main event at UFC 157. On 23rd February 2013 in Anaheim, Ronda won the match and was still the champ.

After the fight, Ronda was asked to star in ‘The Ultimate Fighter’, a reality show where two coaches train teams of fighters, before the two coaches themselves fight against each other on a UFC event. Ronda was one of these coaches.

Prior to The Ultimate Fighter, Ronda had been laying some groundwork for an acting career, signing with an agent, meeting producers and getting an acting coach. Her agent got her a meeting with Sylvester Stallone and after several more meetings; she was cast in a role in the new Expendables 3 movie.

She filmed in Bulgaria for eight weeks before immediately flying to Atlanta to film a different part in Fast and Furious 7. She then returned to train for her upcoming fight in just over six weeks against her rival coach on The Ultimate Fighter and former opponent, Miesha Tate.

The rematch took place six months after filming The Ultimate Fighter at UFC 168. The fight turned out to be a new experience for Ronda, as it went beyond the first round, but she won again, this time in the third.

Less than two months later, Ronda fought again, at UFC 170 and won for the first time by TKO with a knee to the liver.

In between this fight and her next, she filmed in the Entourage movie. Then at UFC 175 in Las Vegas, she fought her 10th professional contest and won by TKO in 16 seconds.

She went one better in her next fight, winning with her trusty armbar in only 14 seconds — the fastest submission in UFC history.

Ronda Rousey has been described as many things: a judoka, a medallist, an actress, a champion but perhaps the most appropriate description one could give her is that she is simply a fighter.

Buy the book My Fight Your Fight: The Official Ronda Rousey autobiography, which helps me provide more great content for free.