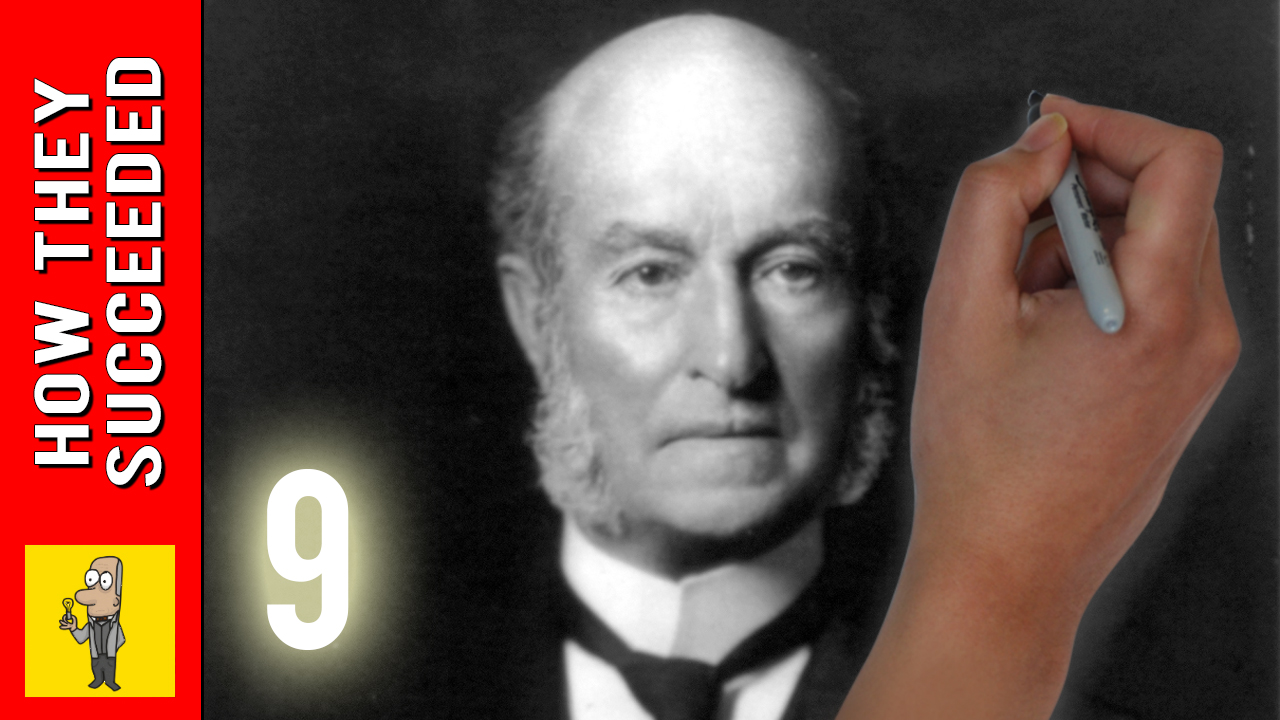 Born in New York in 1825, Darius Ogden Mills was asked a series of questions on success after 50 years as a leading banker, investor and philanthropist.

What is your idea of a successful life?

“If a boot-black does all the good he possibly can for his fellow-men, his life has been just as successful as that of the millionaire who helps thousands.”

What do you consider the key to success?

“Work. Work develops all the good there is in a man; idleness all the evil. Work sharpens all his faculties and makes him thrifty; idleness makes him lazy and spendthrift.”

What influence in your youth helped you achieve your material success?

“I was taught very early that I would have to depend entirely upon myself; that my future lay in my own hands. I didn’t waste any time thinking about succession to wealth, which so often acts as a drag upon young men. Many persons waste the best years of their lives waiting for dead men’s shoes and, when they get them, find them entirely too big to wear gracefully, simply because they have not developed themselves to wear them.”

On thriftiness as a habit:

“No one can acquire a fortune unless he makes a start; and the habit of thrift, which he learns in saving his first hundred dollars, is of inestimable value later on. It is not the money, but the habit which counts.”

“None but the wealthy, and very few of them, can afford the indulgence of expensive habits. More young men are ruined by the expense of smoking than in any other way. A young man should be warned by the melancholy example of those who have been ruined by smoke, and avoid it.”

What traits that influential men possess, impress you?

“A habit of thinking and acting for themselves. No end of people are ruined by taking the advice of others. Any man who hasn’t ability to judge for himself would better get a comfortable clerkship somewhere, letting some one of more ambition and ability do the thinking necessary to run the business.”

“The progress of science and invention has increased the opportunities a thousandfold, and a man can find them wherever he seeks them.”

What lesson do most young men need to learn?

“The lesson of humility; not in the sense of being servile or undignified, but in that of paying due respect to men who are their superiors in the way of experience, knowledge and position.”

What is the responsibility of wealth?

“A man must learn not to think too much of money. It should be considered as a means and not an end. Very few men who make their own money use it carelessly. Most good projects that fail owe their failure to bad business management, rather than to lack of intrinsic merit. A man should spend his money in a way that tends to advance the best interests of society in the country he lives in, or in his own neighbourhood at least.”