Chapter 7 - John Wanamaker - How They Succeeded by Orison Swett Marden 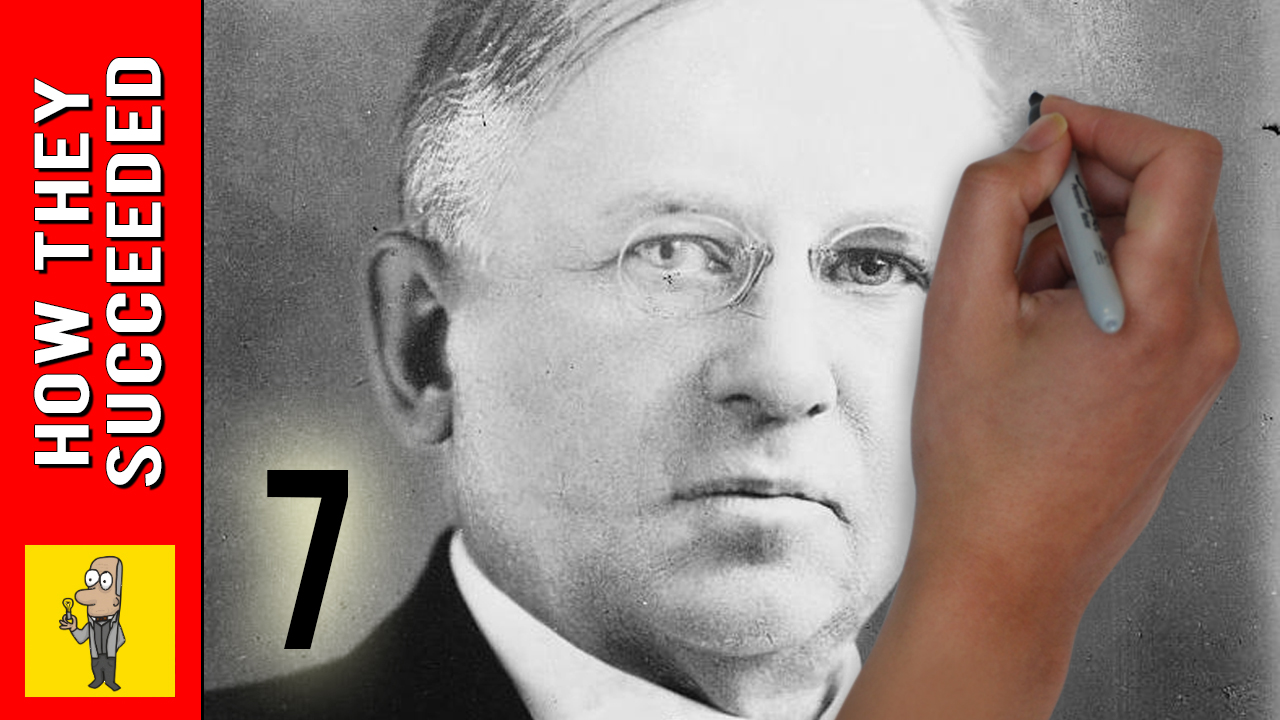 Born into a poor family, John Wanamaker started work at the age of seven, helping his father in a brickyard. After his father passed away when he was 14, John went to work at a bookstore in Philadelphia and all the money he saved went to his mother. John was exceptional as a boy when it came to studying and business and soon got a job at the Town Hall clothing store. He was always the first one to arrive each day and often the last one to leave.

Wanamaker had ambition from a young age. At the age of 16 he already had plans to be a great merchant. He saved his money for several years until in 1861, at the age of 24, he opened a clothing store with his brother-in-law. Despite a small amount of capital behind them, Wanamaker’s head for business went straight to work. He employed the very best salesman he could get, which cost him a third of all the money they had available. This was a policy that he would stick to his whole life: Employ the very best men on large salaries, so that they stand by him.

John Wanamaker was the first to introduce a “one-price system” for clothing. He would label a price on the goods rather than allowing the salesman to sell them to the customer for as much as they could. He then went on to offer a money-back offer if they weren’t satisfied with their purchase. These tactics were unheard of at the time and thought of as business suicide.

After working for himself for ten years, he opened one of America’s first department stores and his retail clothing business was the biggest merchant in Philadelphia. In all that time, he continued to arrive early and leave late, dealing with customers with a rarely matched attention to detail.

Wanamaker’s approach to advertising was similar to that of his salesman; pay for the best talent he could get. His first day’s business made him $38 dollars, the whole amount went on an advert the next day in a newspaper.

When asked why not everybody is successful, Wanamaker put it down to a lack of persistence. He advised aspiring young men to throw all their effort into one thing and to do that one thing well. His own success comes down to thinking hard, working hard and trying hard, whilst staying calm the whole time.

John Wanamaker’s success was due to his persistence and tireless effort. As a result of his applying common sense to common business he achieved substantial business growth and personal wealth.