Chapter 3 - Helen Gould - How They Succeeded by Orison Swett Marden 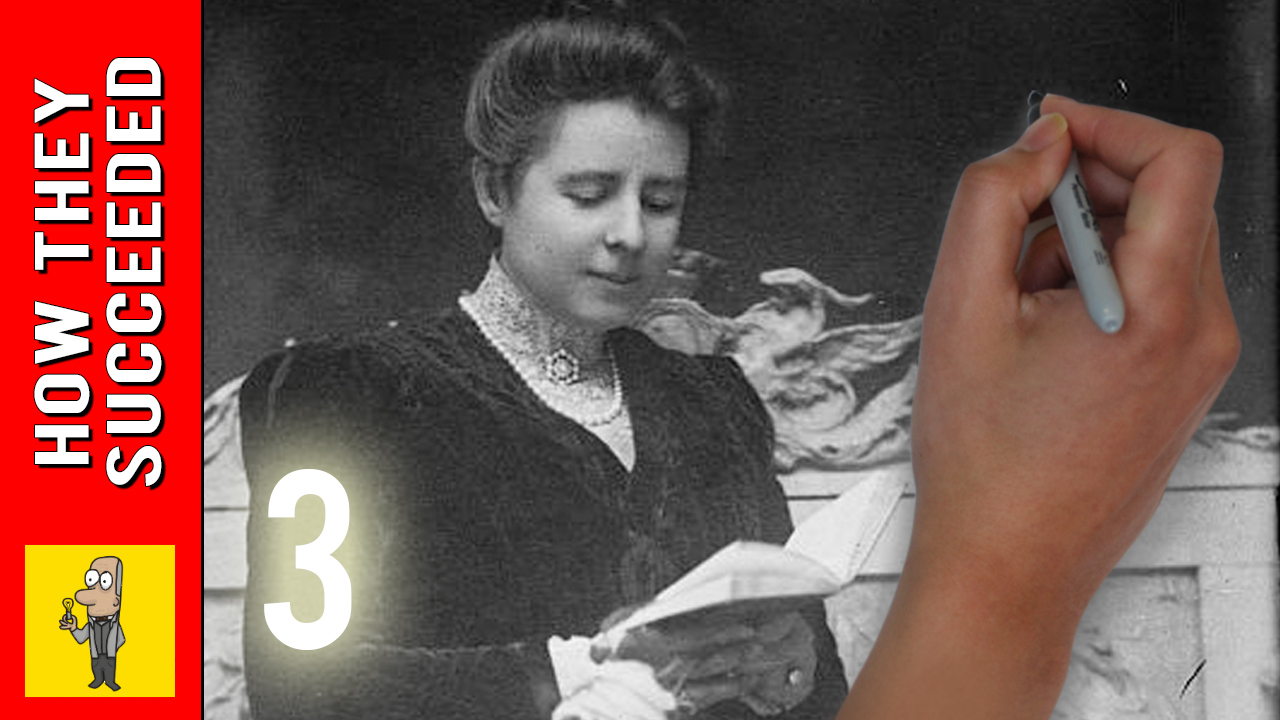 Miss Helen Gould lived in a large country house overlooking the Hudson River. Despite being wealthy and upper class you would not know from her appearance as she wore simple clothes, not over-dressed but elegant. Gould had a modest but ambitious character. Her ambition was to leave an impression on the world by way of doing good deeds. Her name is associated with charity throughout the United States.

One of her charities is called “Woody Crest”, named after a paradise comprising of a wooded hill, fields and flowers. Every two weeks throughout the summertime, around 40 less fortunate children were given a two week holiday, staying in a mansion there, which was one of Gould’s summer homes.

Helen Gould oversees the whole operation. Each day a relay of horses with wagons pull the children along for drives in the country. Elsewhere other amusements and opportunities are provided. For example, the older children can help with the production of a magazine that deals with local matters. Through the winter a smaller amount of children stayed for a longer period of time. Many of them were disabled and received the care and nursing required for their six month stay.

When asked if she believed that any of these children would make a mark on the world, she replied: “The hardest thing to me is to see genius struggling under obstacles and in surroundings that would discourage almost anybody. The surroundings are enough to stifle every spark of ambition in them. I wish I had the power to lighten the burdens of everyone.”

An important factor to help real ability despite circumstances beyond their control is to provide encouragement. “I think we all ought to make it possible for such ones to get a little encouragement and help.” Gould said. “When a boy is deserving of credit it should be given unstintedly. It goes a long way toward making him more hopeful for the future.”

Gould is noted not just for her noble charitable work but for her desire to help those who are struggling to make a living, find practical ways to improve. Instead of solely offering them charity and making them dependent on her, she helps them to be put in a position to succeed and an opportunity to develop their talent.

One way of achieving this is through scholarship and paying for their schooling. Being a law graduate, Gould understood the importance of education when it came to having a successful life. The direction that education takes somebody does not matter as much as long as they’re not idle. Being active reduces the chance of stagnating.

Helen Gould believed that to make the most of wealth, it should not be used for one’s personal pleasure alone but used as a way to help others. “Sometimes it seems to me we do not sufficiently realise the good that is done by money that is used in the different industries in giving employment to great numbers of people under the direction of clever men and women; and surely it takes more ability, perseverance and time to successfully manage such an enterprise than to merely make gifts.”