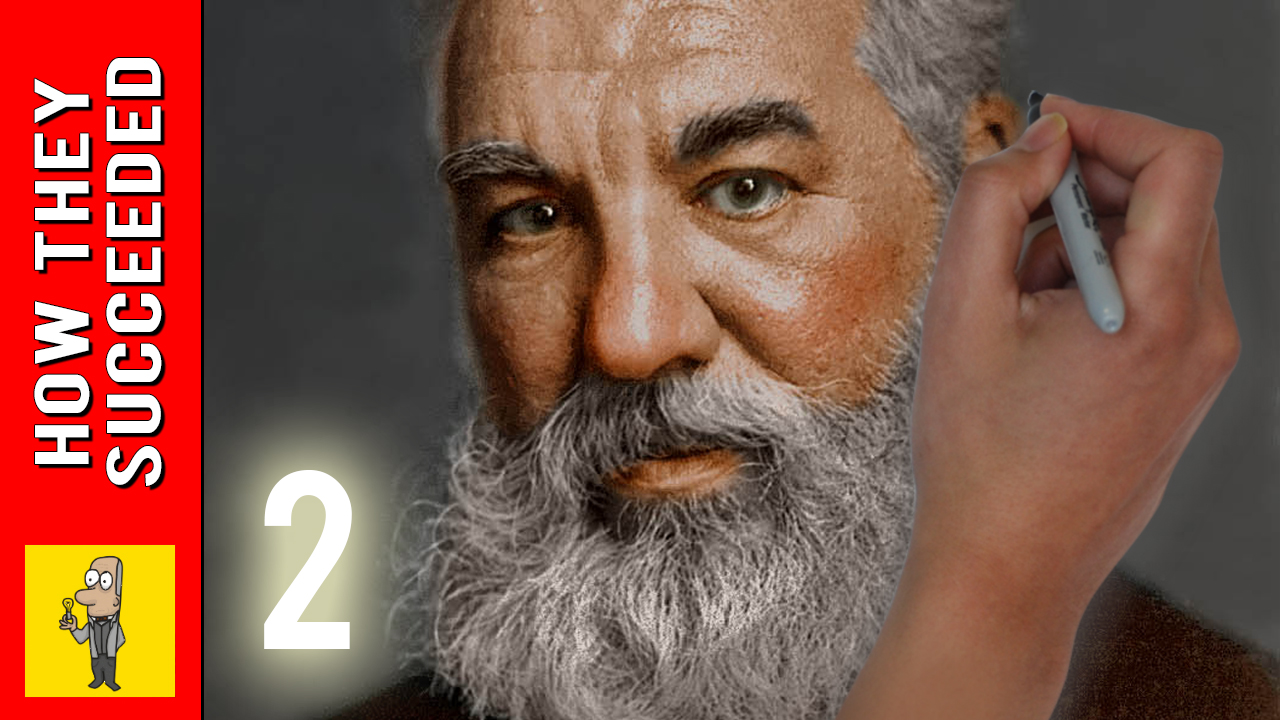 He is most known for his pioneering work on developing the telephone, but Alexander Graham Bell’s interest in transmitting speech led him to experimenting with communication and medical research. He also worked on techniques to teach speech to deaf people and worked with Helen Keller among others. In addition to being an inventor and scientist, Bell was a founding member of the National Geographic Society and was president of the institution for eight years.

When interviewed about success the first unusual aspect of Bell’s work that became apparent was that he begins rather late. At 11am he’s still in bed, at 1 in the afternoon he’s still eating breakfast. Bell begins his work between nine and ten in the evening and works right through until 4 or 5am. He believed working through the night at a quiet time aided his thought.

The factor of success according to Bell was “perseverance applied to a practical end”. Perseverance is important but practicability equally so. The idea that is worked on must not be idiotic. Another principal to success Bell outlined is a person’s health. A mind in a weak body produces weak ideas. A mind in a strong body gives strength to the mind’s thought.

Bell next emphasised the importance of concentration. Clear focus needs to be applied on the work in hand with regards to purpose and study. “Man is the result of slow growth” Bell said. “The most successful men in the end are those whose success is the result of steady accretion”. By advancing carefully, one step at a time and widening your mind with each step, you will be better able to grasp any situation or topic. By persevering with your practical aims and concentrating upon your goals, you will be successful to the greatest degree you can, Bell believed.

Alexander Graham Bell thought that reading was a key to success but only if what you read is helpful. He advocated reading books which provided a practical insight into real life rather than constantly reading novels. This way you will be prepared for reality.

Your environment is a significant factor in your success according to Bell but your heredity, not so much. He thought that a person could stamp out any faults that they may have inherited: “A man, as a general rule, owes very little to what he is born with. A man is what he makes of himself”. A person’s environment could restrict any idea they may have from achieving growth. It is important to find a community that can provide encouragement. Bell settled in America after being educated in Scotland and thought that in America, everyone was striving for success. This was a good environment, especially for young men as it provides inspiration. It took Bell nine years of experimentation and research before he produced his first telephone in 1876. The Bell Telephone Company was created and made Alexander Graham Bell a very rich man.