Chapter 1 - Marshall Fields - How They Succeeded by Orison Swett Marden 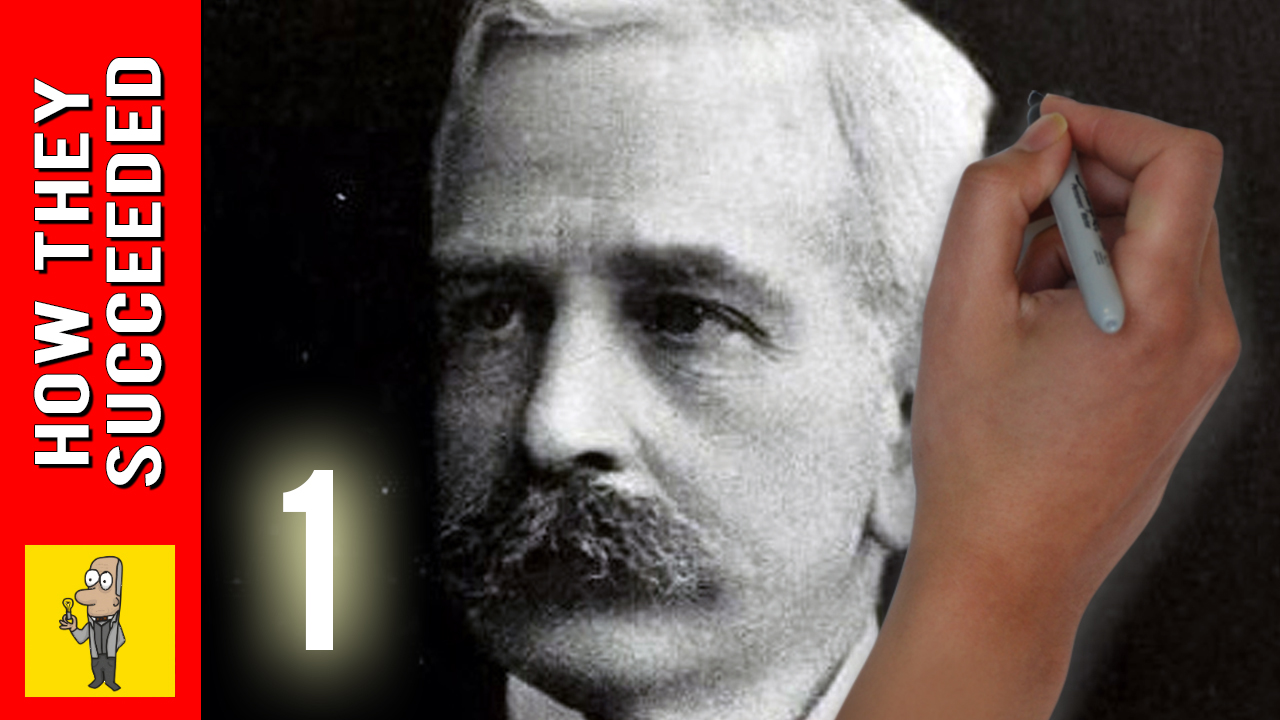 The entrepreneur and self-made millionaire from the 19th century Marshall Field, is perhaps best known for creating the modern department store as we now know it. He helped turn Chicago from a small town into a major city and his single store turned into a large chain. The famous London-based department store, Selfridges, was founded and led by a former employee of Marshall Field’s after working under him for 25 years. Field has much to teach us about success.

Born in 1835 on a farm, Field did not read many books when he was young, but did lean towards business, regularly saving his money after he earned it with a determination not to be poor. Leaving without much education at the age of 17, he worked for four years as a store clerk, learning the ropes of trade and business. Sensing an opportunity, he moved to Chicago in 1856, a then small (population 84,000) but ambitious town and became a clerk in a goods house.

Over the coming years, as Chicago grew in size, so too did Field’s career. He attributed his success when first moving there to health, ambition and sound principles. A growing town meant plenty of opportunity for promotion and anybody with good business qualities was promptly discovered. In four years Field became a partner in the company. Over the course of the next 20 years, the other partners either left or retired, leaving him in charge of Marshall Field & Co.

The great growth of his business he puts down to his environment. Chicago at the time enjoyed high immigration, as well as the benefits of the railways and water transport heading towards the city. There were a lot of new things to learn and whoever learnt the quickest performed the best.

One of the sound business principles Field stuck to was that the goods he sold should be exactly as they were described. High quality of all goods sold should be maintained so that the customer feels secure about every purchase. This instils confidence. The “it does exactly what it says on the tin” philosophy is a proven tactic still used in commerce and marketing today.

Field had his obstacles to overcome. The great Chicago fire of 1871 destroyed his empire and cost him $3.5 million. He was insured, but even the insurers were damaged and it took a while for Field to build from scratch and start again. Field claims the turning point in his career was when he first managed to save $5,000 despite being on a modest salary. This gave him “the ability to meet opportunities”. When asked his most essential character trait, he responded by saying perseverance. His right-hand man at the time, Mr Selfridge claimed it was his good judgement. Field never took any great risks. All his success came from slow-growth, honest methods of business with high energy and a good system behind them.

It is interesting to note that Marshall Field did not believe in working long hours, but being very attentive when he did work. His four key qualities for success were honesty, energy, frugality and integrity and he believed the greatest good a man can do is to “cultivate himself, develop his powers, in order that he may be of greater use to humanity”.