Anything You Want by Derek Sivers 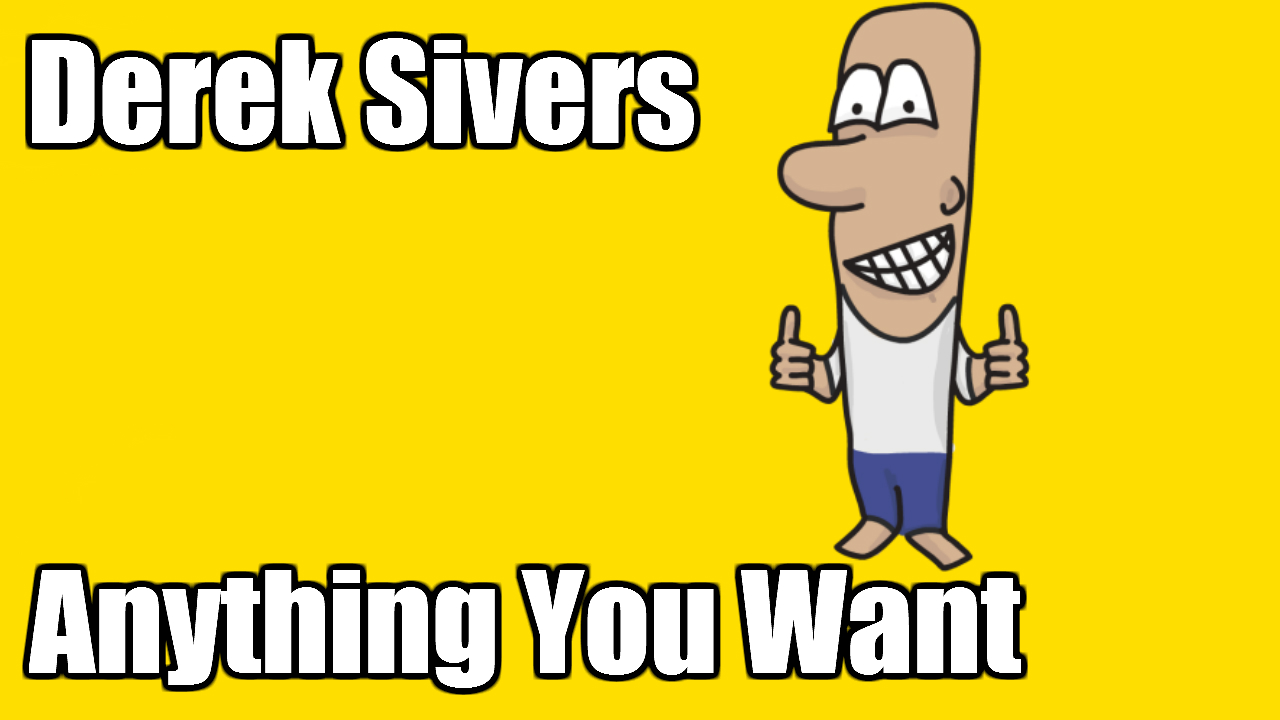 Wow! This is the best little summary of my book I've ever seen. https://t.co/dcLlWV6uzY

Derek Sivers started a hobby that a decade later turned into a business that he sold for $22 million. Unusually for an entrepreneur, when Sivers decided to sell his company in 2008, he transferred ownership of the company to a charitable trust which then sold the company on his behalf. The money kept in the trust pays Sivers only 5% of the trust’s value (the lowest figure legally possible), with the remainder of the money going to charity for music education upon his death.

This act of generosity is in keeping with Sivers’ philosophy in business and in life. These philosophies and the lessons he’s learnt are explained with stories from his ten years at the helm of his company, CD Baby.

Anything You Want is packed full of real-world experiences of a musician turned entrepreneur, including the successes and mistakes that all contribute to give a truly honest account of life in charge of the largest seller of independent music on the web, and the thought process behind some of the key decisions  along the way.

Sivers explains that in order to reach the end of your life without regret, it is important to know your own personal philosophy. Everyone is different and imitating other people will not necessarily make you happy. You need to pursue your dreams and whatever it is that makes you happy.

Derek Sivers was a 27 year old musician back in 1997, not rich but surviving. Nobody would sell independent music online so he decided to set up his own online store to sell his own CD. Initially the site consisted of not much more than a ‘Buy Now’ button but when a fellow musician found out, they asked if Sivers could sell their CD on his site too. Another couple of friends asked the same and then friends of friends started calling. Eventually what was initially a favour to a friend became a small business, all started by accident. Sivers created a mission statement for his company, now called CD Baby, which was based on how he would want to be treated if he was selling his music on the site:

As his business increased in size, Sivers learnt many lessons along the journey. His success came from constantly inventing and improving, not persisting in repeating things that don’t work. The lack of funding was treated as an advantage with no money wasted due to having little of it to begin with. He believes that ideas are worthless without adequate execution and built his business on lots of small clients rather than a few large ones. This meant that he didn’t have to worry about any one client leaving or please any one client who makes unreasonable demands. A big plan or vision for the business is not needed; Sivers says you should stay focused on helping people today. In providing a good service to customers, you must care about them more than you care about yourself. When it comes to satisfaction, it is often the little details that thrill customers and encourage them to tell their friends about the company, rather than the large action plans. These little things make the difference. In CD Baby’s case, it was a funnily worded confirmation email that customers received that got them talking.

As the business grew, Sivers made sure that his processes within the company could cope with double the existing workload to be prepared for expansion. This allowed CD Baby to double in size for the first six years of its existence.

As a self-employed person, Sivers made sure he didn’t get stuck doing everything himself and delegated appropriately. He attempted to make himself not necessary to the successful running of the company. Instead of just answering colleagues’ questions, he also explained the philosophy and thinking behind his answers so that they could answer similar questions in the future themselves. Once all the questions were answered, Sivers was free to improve the company rather than just running the company. Trust in his colleagues was important, as was the process of verifying the work when delegating.

Eventually, Derek Sivers decided to sell his company as he realised that he’d prefer not to have the responsibility of 85 members of staff and had many new ideas for new projects he wanted to execute. The company was sold for $22million. He’d had enough and gave his company away to charity because he didn’t need or want the money and wanted others to benefit from the lucky streak he’s had in his life. He lives a simple but comfortable life which gives him the freedom and happiness he wanted. Ultimately, the goal you choose for your business whether it’s being as profitable and possible or as large as possible or simply working alone and anonymously should reflect what you want as Sivers believes you should do only what makes you happy.

Buy the book Anything You Want, which helps me provide more great content for free.